Want to listen to the audiobook A Wealthy Man on the Roof of the World and Other Stories written by Sally Sears?
MP3 Audiobook Player is here to help! 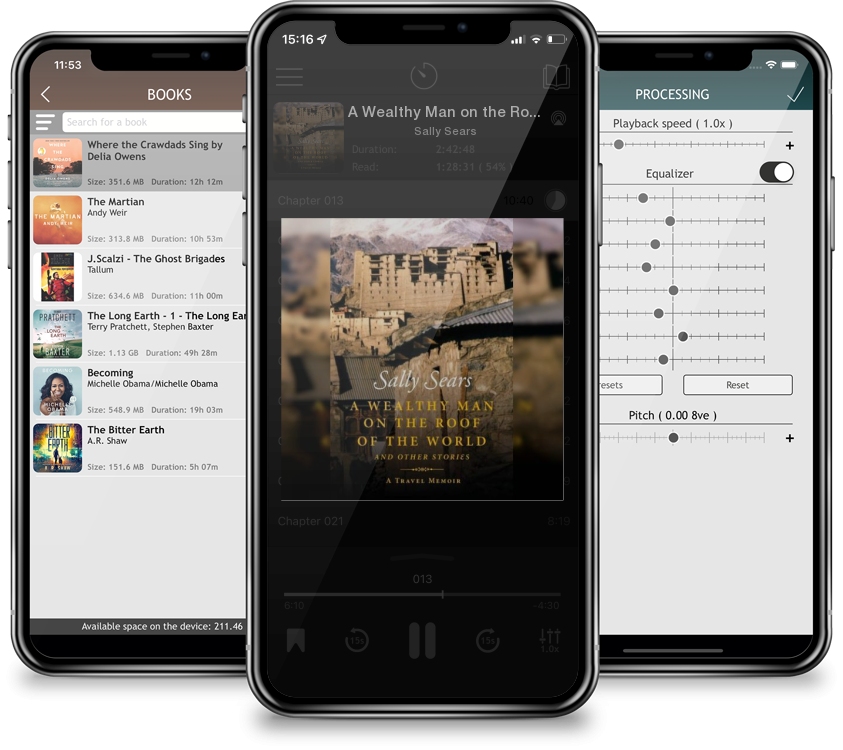 Sally Sears left a promising career in television news to explore the world and herself. From Moscow to Tahiti, starting on the Trans-Siberian Railway, she found adventures and unforgettable characters in Beijing, Kathmandu, Ladakh, and the islands of the Pacific.As China began opening to tourists, she discovered ways around Communist rules. She found apricots and wool an unlikely source of a high-altitude fortune. In a South Pacific bar, she learned how vote fraud toppled a Knight of the British Empire.Decades later stories from her freewheeling trip rekindle the desire to travel and savor every new journey.﻿The surprising life of the wealthiest man in a Tibetan kingdom. How Mao and Lenin compare up close in death. How Fijian cannibals measure their meals. ﻿As the world recovers from the pandemic, journalist Sally Sears questioned when she could travel again, and if traveling would ever be the same. The questions led her to journals of her own global travel. In those hand-written pages, she re-discovered stories of people and places worth recalling.Her exploration asks what makes us want to travel? Do we follow a path or strike out on our own? Do we engage the exotic or seek the familiar? Struck with moments of awe and bouts of homesickness, her journey details the contrasts that heighten the adventure of traveling.This book sheds new light on old questions about the worth of travel. It asks if the world-wide travel shutdown can make us better travelers even if only for the moment from socially distanced arm-chairs.