Want to listen to the audiobook A Whistleblower's Lament: The Perverted Pursuit of Justice in the State of New York written by Stuart Namm?
MP3 Audiobook Player is here to help! 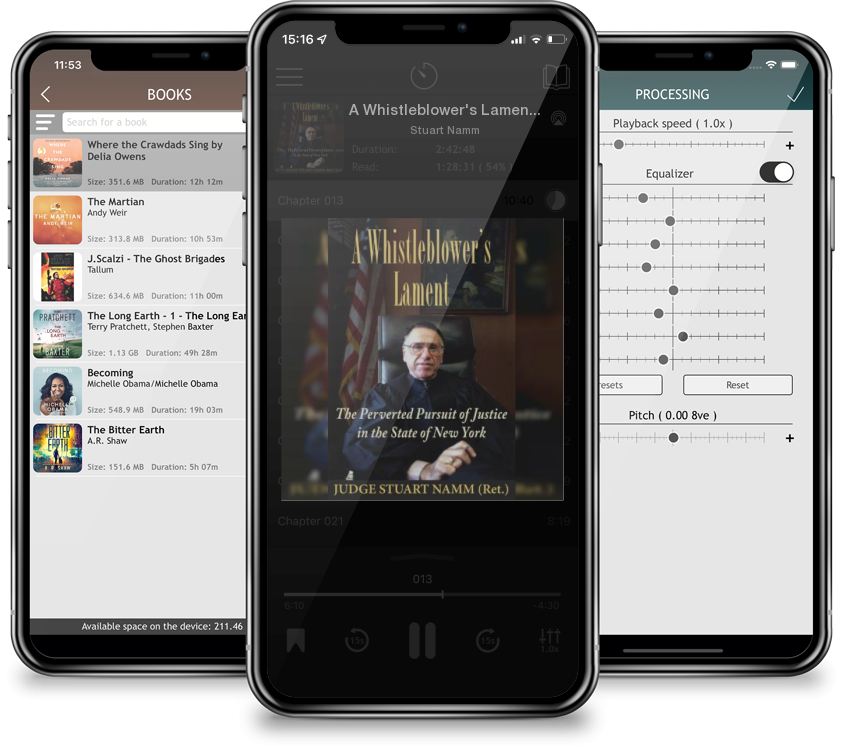 A Whistleblower's Lament: The Perverted Pursuit of Justice in the State of New York

Originally elected against great odds, post Watergate, Judge Stuart Namm spent over 16 years on the bench in Suffolk County, New York, a Long Island suburb of New York City. Dubbed in the Hollywood Reporter as the Serpico Judges, and by his detractors as the Hanging Judge and Maximum Stu for his willingness to frequently hand out the maximum 25 years to life sentence in intentional murder convictions. At that time, New York state had no death penalty. In 1985, he wrote Gov. Mario Cuomo to request the appointment of a Special Prosecutor to investigate the county's criminal justice system, believing there was rampant corruption in the elite Police Homicide Squad and District Attorney's office, and that cases were being manufactured to obtain convictions in major homicide trials. After a three year investigation by the State Investigations Commission, his whistleblowing resulted in numerous forced resignations and transfers in the police department, at the highest level of county government, and in the police laboratory. As a result of a deal, he was denied renomination by his own political party led by his former law partner, and ultimately this was the demise of his illustrious judicial career. A Whistleblower's Lament is Judge Stuart Namm's compelling, personal account of his life in the law and politics, and the events that brought it to an end. Three weeks after leaving New York, he was the first recipient of the Justice Thurgood Marshall award and two other prestigious awards, including a lifetime membership in the NAACP.