Want to listen to the audiobook A Wind from the North: The Life of Henry the Navigator written by Ernle Bradford?
MP3 Audiobook Player is here to help! 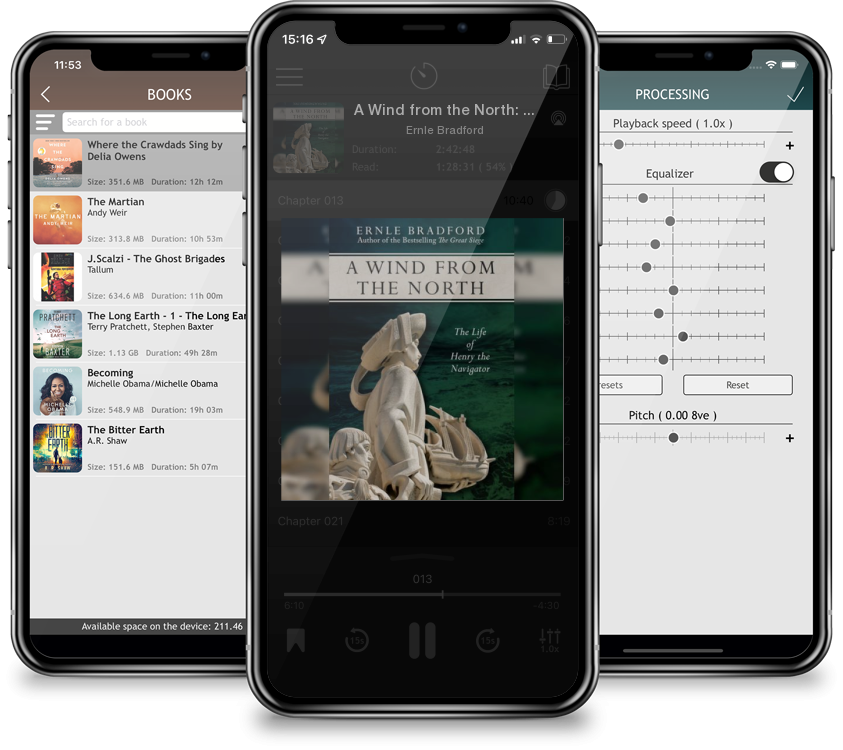 A Wind from the North: The Life of Henry the Navigator

Before Columbus, before Vespucci, before Drake, there was Henry the Navigator. Pirate hunter, intrepid explorer, ship designer, and much more, Henry was one of the great innovators in the age of discovery. Yet the scope of his contribution to our world is often overshadowed by other figures. But Bradford brings the gripping tale of this pioneer to light, putting into perspective the work of Henry the Navigator. In his lifetime, Henry helped break the sea barriers that separate the continents. Rising above scorn and ridicule, he initiated an era of audacious exploration to lands most didn't believe existed. His courage and forward thinking would forever change the course of history. Ernle Bradford was born in 1922 and died in 1986. He was a noted British historian specializing in the Mediterranean world and naval topics. Bradford was an enthusiastic sailor himself and spent almost thirty years sailing the Mediterranean, where many of his books are set. He served in the Royal Navy during World War II, finishing as the first lieutenant of a destroyer. Bradford lived in Malta for a number of years. He did occasional broadcast work for the BBC, was a magazine editor, and wrote many books, including Hannibal, Paul the Traveller, Julius Caesar: The Pursuit of Power, Christopher Columbus, and The Mighty Hood.