Want to listen to the audiobook Girls Like Us: Carole King, Joni Mitchell, Carly Simon--and the Journey of a Generation written by Sheila Weller?
MP3 Audiobook Player is here to help! 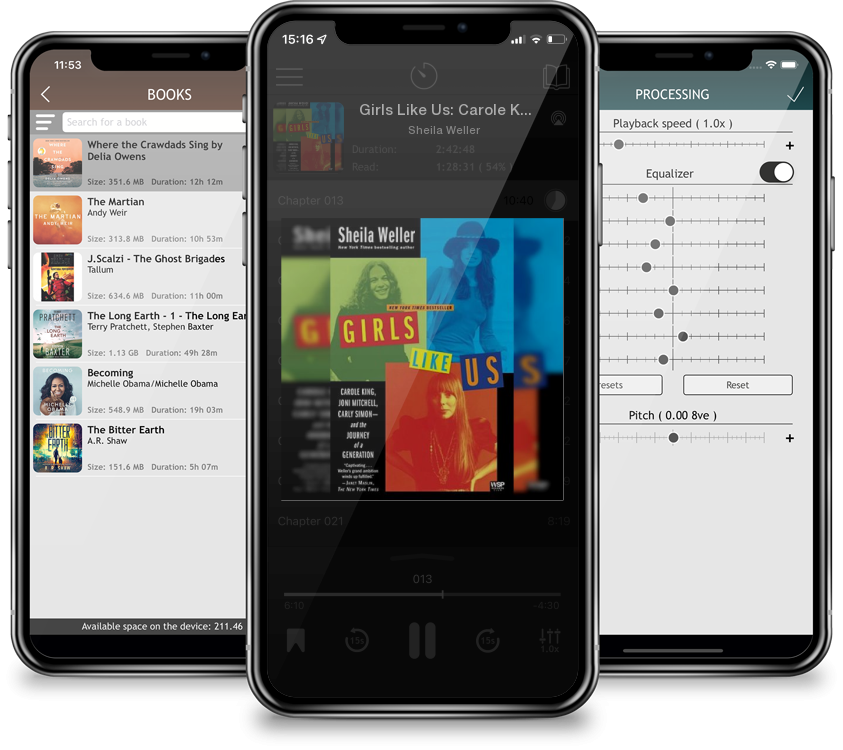 Girls Like Us: Carole King, Joni Mitchell, Carly Simon--and the Journey of a Generation

A groundbreaking and irresistible biography of three of America’s most important musical artists—Carole King, Joni Mitchell, and Carly Simon—charts their lives as women at a magical moment in time.Carole King, Joni Mitchell, and Carly Simon remain among the most enduring and important women in popular music. Each woman is distinct. Carole King is the product of outer-borough, middle-class New York City; Joni Mitchell is a granddaughter of Canadian farmers; and Carly Simon is a child of the Manhattan intellectual upper crust. They collectively represent, in their lives and their songs, a great swath of American girls who came of age in the late 1960s. Their stories trace the arc of the now mythic sixties generation—female version—but in a bracingly specific and deeply recalled way, far from cliché. The history of the women of that generation has never been written—until now, through their resonant lives and emblematic songs. Filled with the voices of many dozens of these women's intimates, who are speaking in these pages for the first time, this alternating biography reads like a novel—except it’s all true, and the heroines are famous and beloved. Sheila Weller captures the character of each woman and gives a balanced portrayal enriched by a wealth of new information. Girls Like Us is an epic treatment of midcentury women who dared to break tradition and become what none had been before them—confessors in song, rock superstars, and adventurers of heart and soul.