Want to listen to the audiobook A Woman's Work: The Storied Life of Pioneer Esther Morris, the World's First Female Justice of the Peace written by Marian Betancourt?
MP3 Audiobook Player is here to help! 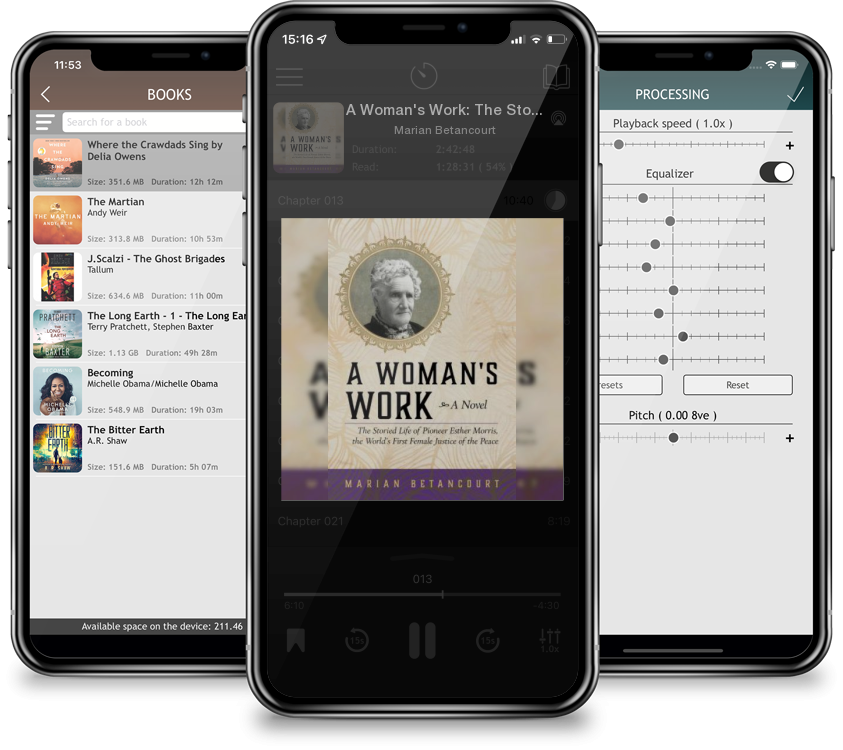 A Woman's Work: The Storied Life of Pioneer Esther Morris, the World's First Female Justice of the Peace

Uncover the Story of a Remarkable Woman of the West Esther Morris (1812-1902) was a unique American woman whose life paralleled the dramatic events of the 19th century: abolition, railroads, Civil War, and suffrage. She lived on three frontiers and made a difference on each one. Ultimately, by organizing what may have been the second most important tea party in American history, she made it possible for Wyoming to be the first place in America where women could vote.