Want to listen to the audiobook A Worse Place Than Hell: How the Civil War Battle of Fredericksburg Changed a Nation written by John Matteson?
MP3 Audiobook Player is here to help! 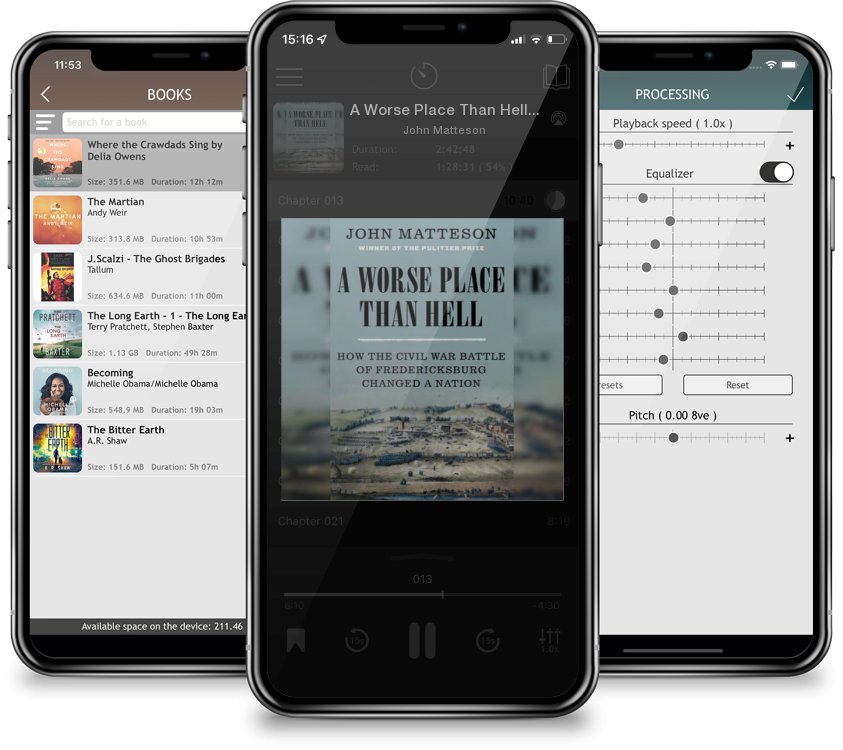 A Worse Place Than Hell: How the Civil War Battle of Fredericksburg Changed a Nation

Pulitzer Prize–winning author John Matteson illuminates three harrowing months of the Civil War and their enduring legacy for America. December 1862 drove the United States toward a breaking point. The Battle of Fredericksburg shattered Union forces and Northern confidence. As Abraham Lincoln’s government threatened to fracture, this critical moment also tested five extraordinary individuals whose lives reflect the soul of a nation. The changes they underwent led to profound repercussions in the country’s law, literature, politics, and popular mythology. Taken together, their stories offer a striking restatement of what it means to be American. Guided by patriotism, driven by desire, all five moved toward singular destinies. A young Harvard intellectual steeped in courageous ideals, Oliver Wendell Holmes Jr. confronted grave challenges to his concept of duty. The one-eyed army chaplain Arthur Fuller pitted his frail body against the evils of slavery. Walt Whitman, a gay Brooklyn poet condemned by the guardians of propriety, and Louisa May Alcott, a struggling writer seeking an authentic voice and her father’s admiration, tended soldiers’ wracked bodies as nurses. On the other side of the national schism, John Pelham, a West Point cadet from Alabama, achieved a unique excellence in artillery tactics as he served a doomed and misbegotten cause. A Worse Place Than Hell brings together the prodigious forces of war with the intimacy of individual lives. Matteson interweaves the historic and the personal in a work as beautiful as it is powerful.