Want to listen to the audiobook Across Greenland's Ice Cap: The Remarkable Swiss Scientific Expedition of 1912 written by Alfred de Quervain?
MP3 Audiobook Player is here to help! 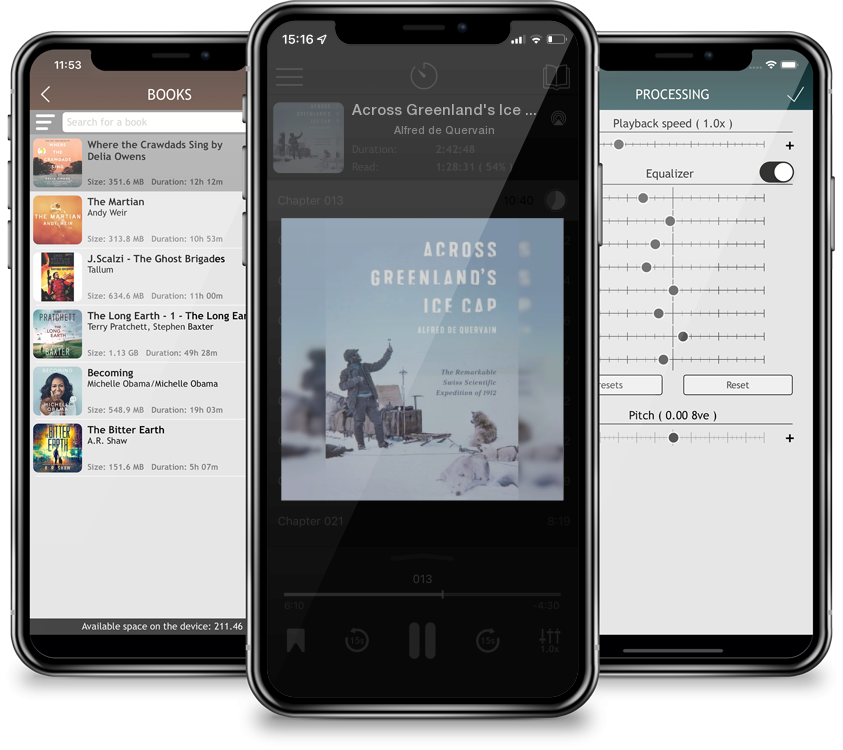 Across Greenland's Ice Cap: The Remarkable Swiss Scientific Expedition of 1912

As polar exploration reached its zenith, and in the same month that Captain Robert Falcon Scott perished in Antarctica, four young scientists from Zurich took ship for Greenland. Though they had little previous experience of arctic travel, their ambition was to achieve the first west-to-east crossing of the northern hemisphere’s largest ice cap, making scientific observations along the way. Few outside Switzerland have heard of this expedition or its leader, the meteorologist Alfred de Quervain, in spite of its success. In thirty-one days in the summer of 1912, the party sledded across 640 kilometres of untracked snow and ice. Nobody died or fell into a crevasse, although there were some near misses. The voyage was more than a well-executed feat of arctic travel: de Quervain and his colleagues collected data still used today by scientists researching the effects of climate change on Greenland’s ice cap. De Quervain’s popular account of his adventures, published in German in 1914, is both a minor classic of exploration literature and a sympathetic portrayal of life in Greenland’s remote coastal settlements in the early twentieth century. Published to coincide with the expedition’s 110th anniversary, Across Greenland’s Ice Cap includes the explorer’s original text, translated into English by his daughter and son-in-law; a historical and biographical introduction by Martin Hood; reflections on the journey’s scientific legacy by the geographers Andreas Vieli and Martin Lüthi; and a treasure trove of hand-tinted lantern slides reproduced in full colour.