Want to listen to the audiobook Adam Clayton Powell, Jr.: The Political Biography of an American Dilemma written by Charles V. Hamilton?
MP3 Audiobook Player is here to help! 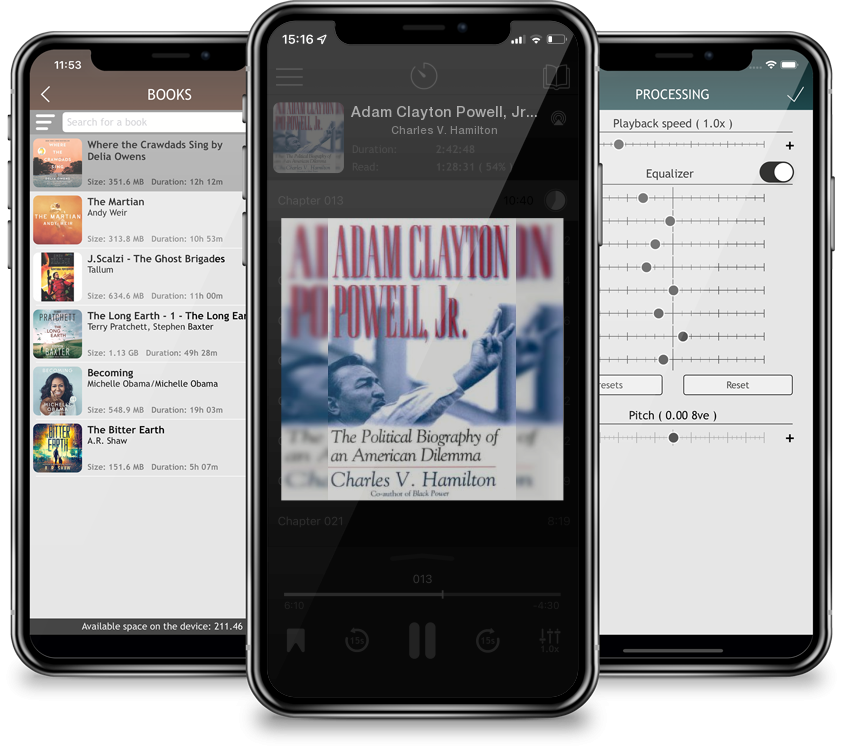 In this authoritative biography of the congressman and civil rights activist Adam Clayton Powell, Jr., Prof. Hamilton reassesses the man's unique and complex place in American history. As the senior pastor of Harlem's Abyssinian Baptist Church, Powell led protests against segregation and discrimination during the Great Depression. Through persistent effort and skillful politicking, Powell was elected to Congress in 1944 and continued his efforts on behalf of blacks during the Truman and Eisenhower administrations. Following Kennedy's election, Powell gained the chairmanship of the House Committee on Education and Labor, but the remaining years of his life were filled with accusations, family problems, and the loss of his supporters. Drawing on extensive interviews and untapped archival material, Hamilton enriches the reader's understanding of Powell and the turbulent era in which he lived.