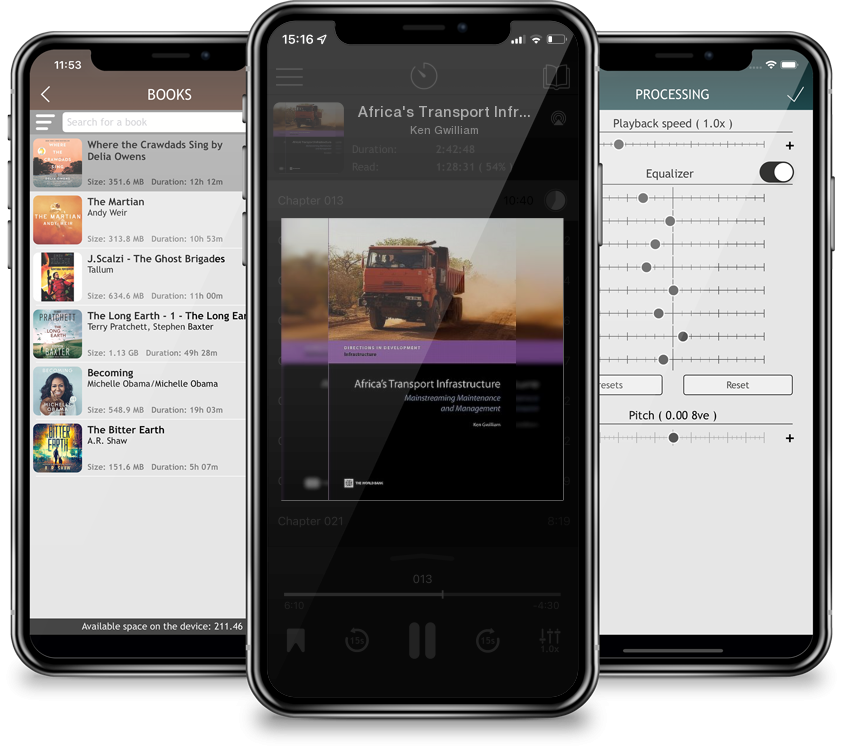 This book presents and analyzes the results of a comprehensive collection of data on the extent and condition of transport infrastructure in Sub-Saharan Africa, identifies the reasons for poor performance, and estimates future financing needs. The transport facilities of Sub-Saharan Africa were built primarily for the colonial exploitation of mineral and agricultural resources. The chief goal of road and rail networks was to link mines, plantations, and other sites for the exploitation and transformation on natural resources to ports, rather than to provide general connectivity within the region. The road network of 1.75 million kilometers exhibits a low density with respect to population. Its average spatial density is very low by world standards. The network carries low average traffic levels. Even so, because most African countries have a low GDP, the fiscal burden of the network is the highest among world regions, maintenance is underfinanced, and road conditions are on average poor, while road accident rates are very high. Attempts to improve the financing of maintenance through "second generation road funds" have met with some success, but there remain serious weaknesses in implementation. Road freight transport is fragmented, but cartelized, with high rates and high profits. Railways were also built mainly as for the exportation of minerals and crops. With the exception of two or three very specialized bulk mineral lines, the traffic volumes are low, and the railways have been in financial decline since the 1960s. Concessioning of the lines to private operators has improved performance, but governments often impose unachievable requirements on the companies, and investment remains inadequate for long-term sustainability. Most of the 260 airports that provide year-round commercial service in Sub-Saharan Africa have adequate runway capacity, though some of the larger airports suffer from a shortage of terminal capacity. More than a quarter of the runways are in marginal or poor condition, and air traffic control and navigation facilities are below international standards. Though airport charges are high, few airports are truly financially sustainable. Three national carriers are quite successful, but most are small and barely sustainable. Protection persists in the domestic and intercontinental markets, but the international market in the region has been effectively liberalized. The safety record is poor. Most ports are small by international standards. Many are still publicly owned and suffer from inadequate equipment and poor productivity. Only a few highly specialized ports, including private ports integrated with the extraction companies, meet the highest international standards Costs and charges are high. But there is a trend toward concessioning of facilities to large groups specializing in international container terminals and port operations. Fortunately the shipping market is now deregulated. Urban transport suffers from some infrastructure deficiencies, particularly in the condition of urban roads. But the main problems of the sector are associated with the fragmented and poorly regulated nature of most urban bus markets. Finance for large buses is very difficult to obtain. In all modes the situation is made worse by failures of governance in both the provision and regulation of infrastructure. The overall deficit in financing for infrastructure is estimated using a model based on the application of hypothesized standards of connectivity for all modal networks and facilities. Once the amount of infrastructure needed to meet those standards was calculated, these "requirements" were compared with existing stocks and the costs of making the transition over a ten-year period were calculated. A "base" scenario used standards similar to those pertaining in developed regions, while a "pragmatic" scenario applied lower standards. In a separate exercise, the actual average expenditures on transport infrastructure from all sources were researched. This allowed the funding gap to be deduced by subtraction. The results showed that, excluding official development assistance, no country spent enough to meet the base standard, and that even with aid there remained substantial deficits in maintenance funding in many countries, with the worst situations found in the low-income, politically fragile group of countries.