Want to listen to the audiobook Aldo Leopold: A Sand County Almanac & Other Writings on Conservation and Ecology (LOA #238) written by Aldo Leopold?
MP3 Audiobook Player is here to help! 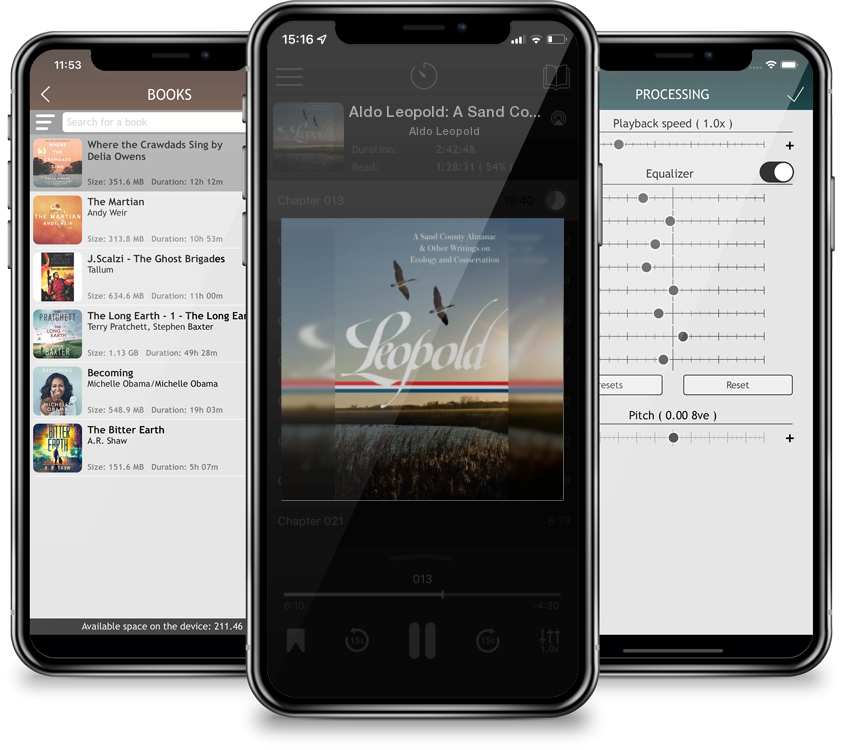 Aldo Leopold: A Sand County Almanac & Other Writings on Conservation and Ecology (LOA #238)

A special edition of one of the greatest masterpieces of the environmental movement—plus original photographs and other writings on environmental ethicsSince his death in 1948, Aldo Leopold has been increasingly recognized as one of the indispensable figures of American environmentalism. A pioneering forester, sportsman, wildlife manager, and ecologist, he was also a gifted writer whose farsighted land ethic is proving increasingly relevant in our own time. Now, Leopold’s essential contributions to our literature—some hard-to-find or previously unpublished—are gathered in a single volume for the first time. Here is his classic A Sand County Almanac, hailed—along with Thoreau’s Walden and Carson’s Silent Spring—as one of the main literary influences on the modern environmental movement. Published in 1949, it remains a vivid, firsthand, philosophical tour de force. Along with Sand County are more than fifty articles, essays, and lectures exploring the new complexities of ecological science and what we would now call environmental ethics. Leopold’s sharp-eyed, often humorous journals are illustrated here for the first time with his original photographs, drawings, and maps. Also unique to this collection is a selection of over 100 letters, most of them never before published, tracing his personal and professional evolution and his efforts to foster in others the love and sense of responsibility he felt for the land.LIBRARY OF AMERICA is an independent nonprofit cultural organization founded in 1979 to preserve our nation’s literary heritage by publishing, and keeping permanently in print, America’s best and most significant writing. The Library of America series includes more than 300 volumes to date, authoritative editions that average 1,000 pages in length, feature cloth covers, sewn bindings, and ribbon markers, and are printed on premium acid-free paper that will last for centuries.