Want to listen to the audiobook Alice + Freda Forever: A Murder in Memphis written by Alexis Coe?
MP3 Audiobook Player is here to help! 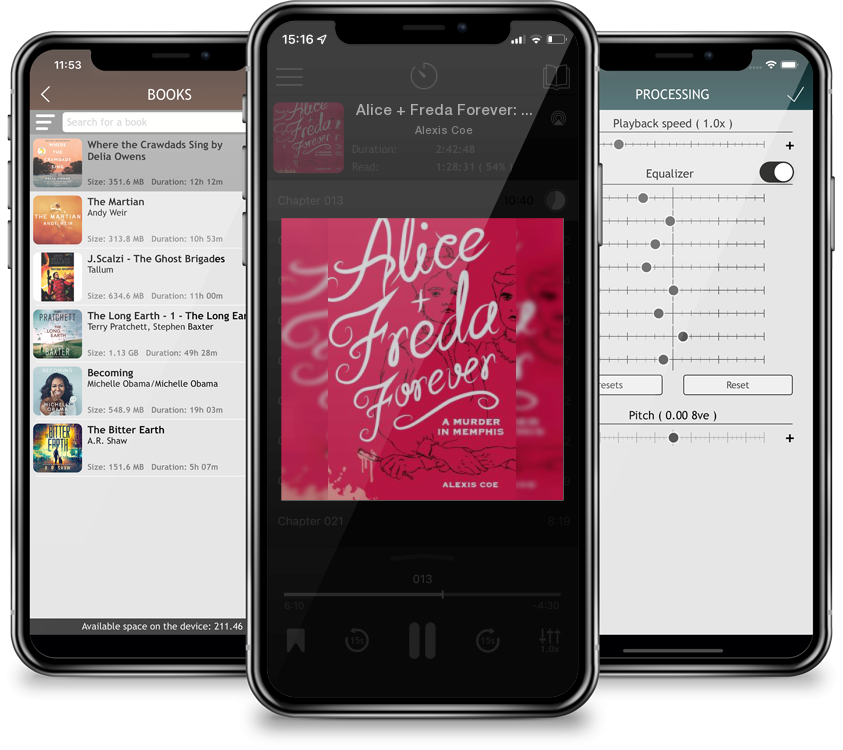 In 1892, America was obsessed with a teenage murderess, but it wasn't her crime that shocked the nation—it was her motivation. Nineteen-year-old Alice Mitchell had planned to pass as a man in order to marry her seventeen-year-old fiancée Freda Ward, but when their love letters were discovered, they were forbidden from ever speaking again.Freda adjusted to this fate with an ease that stunned a heartbroken Alice. Her desperation grew with each unanswered letter—and her father’s razor soon went missing. On January 25, Alice publicly slashed her ex-fiancée’s throat. Her same-sex love was deemed insane by her father that very night, and medical experts agreed: This was a dangerous and incurable perversion. As the courtroom was expanded to accommodate national interest, Alice spent months in jail—including the night that three of her fellow prisoners were lynched (an event which captured the attention of journalist and civil rights activist Ida B. Wells). After a jury of "the finest men in Memphis" declared Alice insane, she was remanded to an asylum, where she died under mysterious circumstances just a few years later.Alice + Freda Forever recounts this tragic, real-life love story with over 100 illustrated love letters, maps, artifacts, historical documents, newspaper articles, courtroom proceedings, and intimate, domestic scenes—painting a vivid picture of a sadly familiar world.