Want to listen to the audiobook An Ordinary Man: An Autobiography written by Paul Rusesabagina?
MP3 Audiobook Player is here to help! 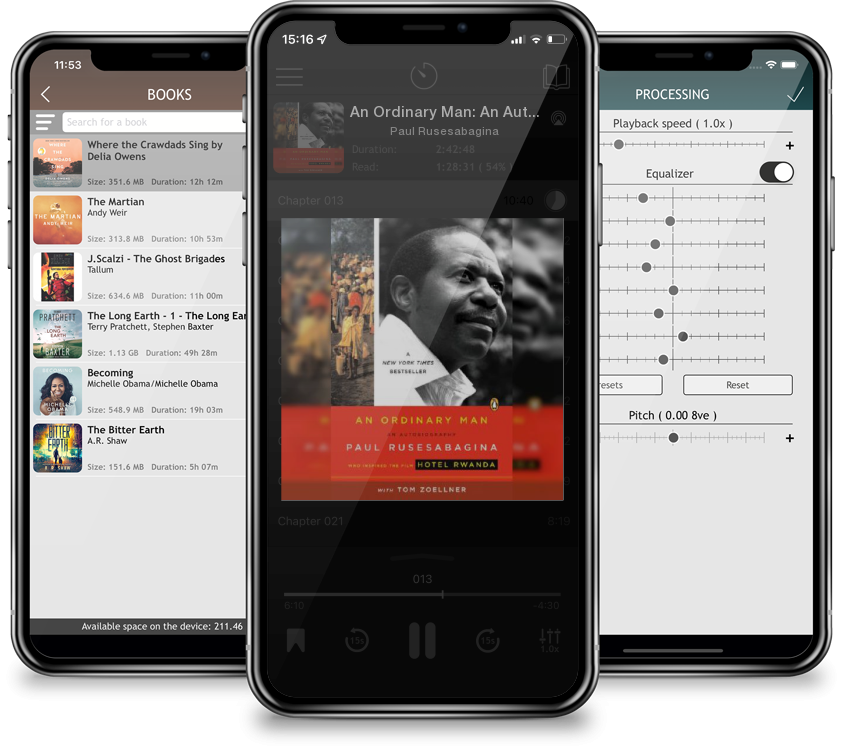 An Ordinary Man: An Autobiography

The remarkable autobiography of Paul Rusesabagina, the globally-recognized human rights champion whose heroism inspired the film Hotel Rwanda   “Fascinating…your book is called An Ordinary Man, yet you took on an extraordinary feat with courage, determination, and diplomacy.” – Oprah, O, The Oprah MagazineAs Rwanda was thrown into chaos during the 1994 genocide, Rusesabagina, a hotel manager, turned the luxurious Hotel Milles Collines into a refuge for more than 1,200 Tutsi and moderate Hutu refugees, while fending off their would-be killers with a combination of diplomacy and deception. In An Ordinary Man, he tells the story of his childhood, retraces his accidental path to heroism, revisits the 100 days in which he was the only thing standing between his “guests” and a hideous death, and recounts his subsequent life as a refugee and activist.