Want to listen to the audiobook Andy and Don: The Making of a Friendship and a Classic American TV Show written by Daniel de Visé?
MP3 Audiobook Player is here to help! 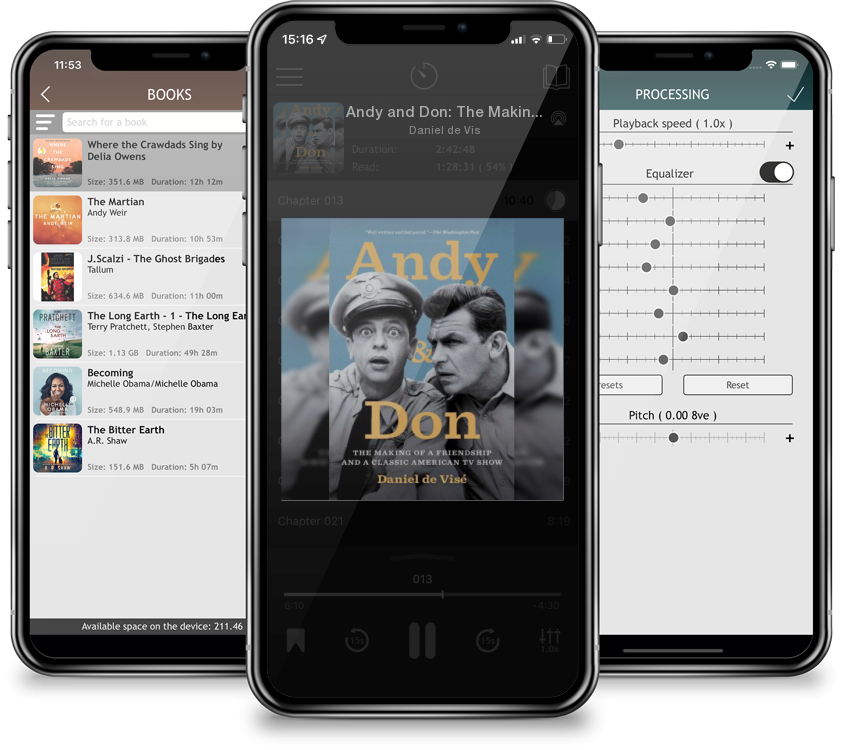 Andy and Don: The Making of a Friendship and a Classic American TV Show

A lively and revealing biography of Andy Griffith and Don Knotts, this “humorous, informative, and poignant book” celebrates the powerful real-life friendship behind one of America’s most iconic television programs and “shows how the magic was created” (Library Journal).Andy Griffith and Don Knotts first met on Broadway in the 1950s. When Andy moved to Hollywood to film a TV pilot for a comedy about a small-town sheriff, Don called to ask if Andy’s sheriff could use a deputy. The friendship and comedy partnership between Sheriff Andy Taylor and Deputy Barney Fife ignited The Andy Griffith Show, elevating the folksy television sitcom into a timeless study of human friendship. Together, they created a program with a uniquely small-town dynamic that captured the hearts of Americans across the country who watched these two men rocking on the front porch, meditating about the pleasure of a bottle of pop. But behind this sleepy charm, de Visé’s exclusive reporting “captures the complexity of both men and the intimacy of their friendship with extreme detail and sensitivity” (Publishers Weekly), from unspoken rivalries, passionate affairs, unrequited loves, struggles with the temptations of fame, and friendships lost and regained. Although Andy and Don ended their Mayberry partnership in 1965, they remained best friends for the next half-century. Written by Don Knotts’s brother-in-law, Andy and Don is “a rewarding dual biography that is also a lively look inside the entertainment industry in the latter half of the twentieth century” (News & Observer). Entertaining and provocative, it “captures a golden moment in modern Americana. You’ll not only return again to Mayberry, you’ll feel as though you’ve never left” (Tom Shales, Pulitzer Prize–winning television critic).