Want to listen to the audiobook Anecdotes of Dogs (Esprios Classics) written by Edward Jesse?
MP3 Audiobook Player is here to help! 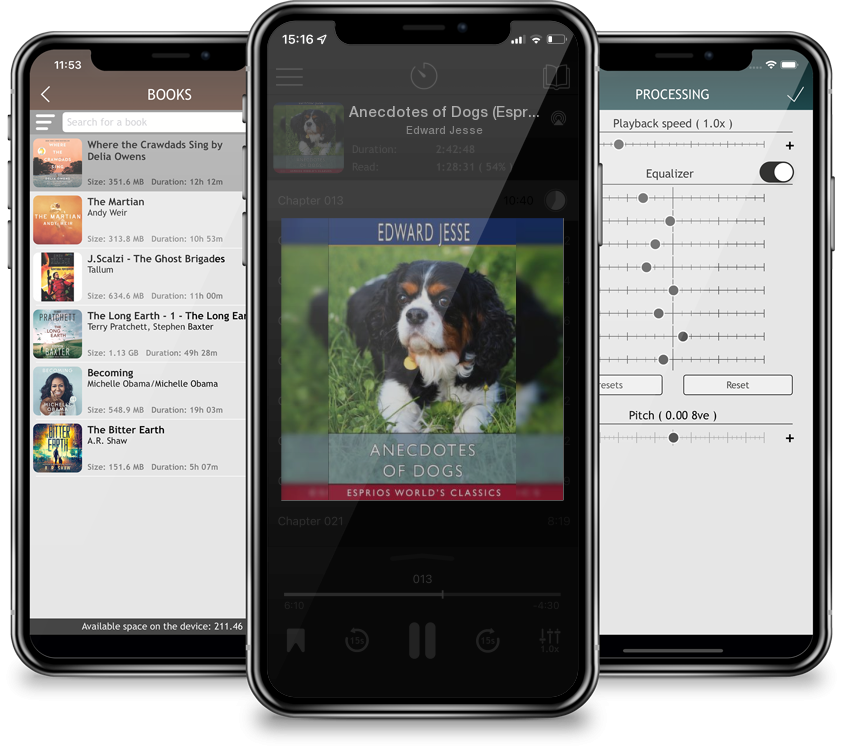 Edward Jesse (January 14, 1780 - March 28, 1868), English writer on natural history, was born at Hutton Cranswick, Yorkshire, where his father was vicar of the parish. He became clerk in a government office in 1798, and for a time was secretary to Lord Dartmouth, when president of the Board of Control. In 1812 he was appointed commissioner of hackney coaches, and later he became deputy surveyor-general of the royal parks and palaces. The result of his interest in the habits and characteristics of animals was a series of pleasant and popular books on natural history, the principal of which are as follows: Gleanings in Natural History (1832-1835), An Angler's Rambles (1836), Anecdotes of Dogs (1846) and Lectures on Natural History (1863).