Want to listen to the audiobook Anne Perry and the Murder of the Century written by Peter Graham?
MP3 Audiobook Player is here to help! 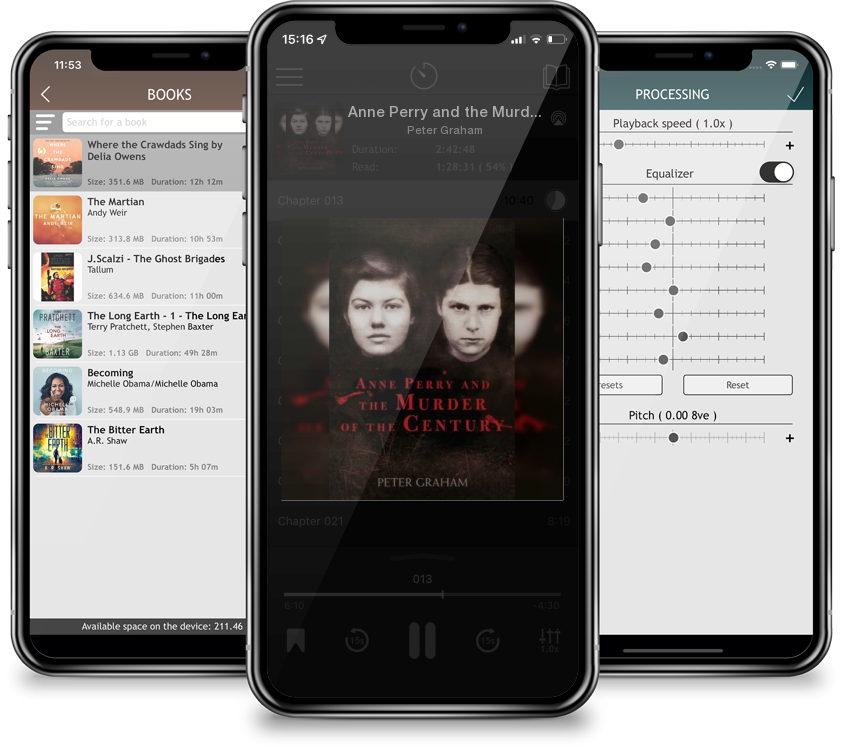 Anne Perry and the Murder of the Century

A New York Times Best Seller!“A worthy retrospective that feels chilling in the manner of novelist Perry.” –Kirkus ReviewsOn June 22, 1954, teenage friends Juliet Hulme—better known as bestselling mystery writer Anne Perry—and Pauline Parker went for a walk in a New Zealand park with Pauline’s mother, Honora. Half an hour later, the girls returned alone, claiming that Pauline’s mother had had an accident. But when Honora Parker was found in a pool of blood with the brick used to bludgeon her to death close at hand, Juliet and Pauline were quickly arrested, and later confessed to the killing. Their motive? A plan to escape to the United States to become writers, and Honora’s determination to keep them apart. Their incredible story made shocking headlines around the world and would provide the subject for Peter Jackson’s Academy Award–nominated film, Heavenly Creatures. A sensational trial followed, with speculations about the nature of the girls’ relationship and possible insanity playing a key role. Among other things, Parker and Hulme were suspected of lesbianism, which was widely considered to be a mental illness at the time. This mesmerizing book offers a brilliant account of the crime and ensuing trial and shares dramatic revelations about the fates of the young women after their release from prison. With penetrating insight, this thorough analysis applies modern psychology to analyze the shocking murder that remains one of the most interesting cases of all time.