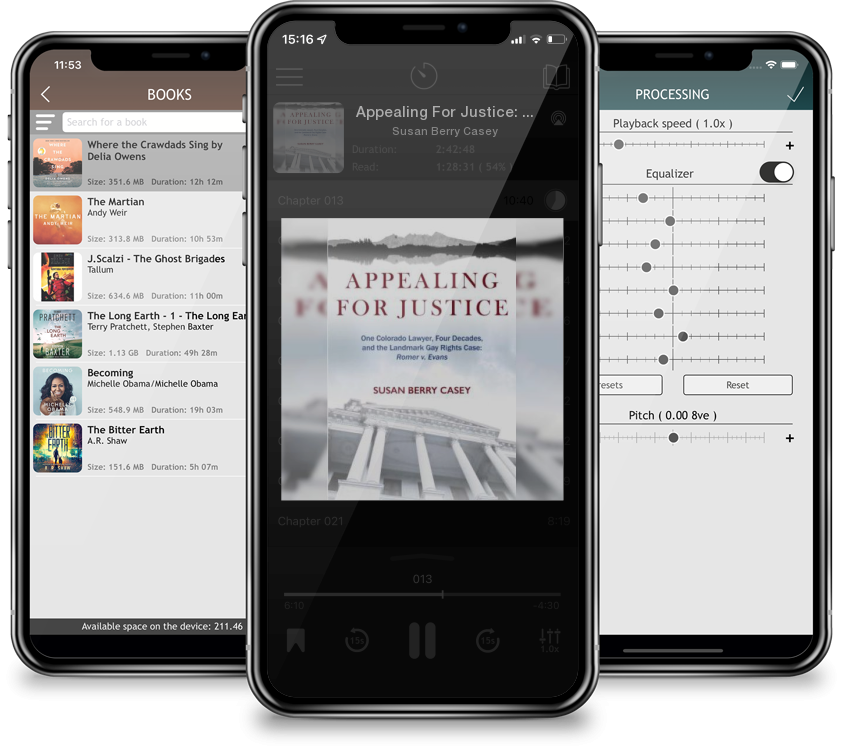 Jean Eberhart Dubofsky came of age when trouble was around every corner, fueled by one grave injustice or another. Appealing For Justice is the story of how this shy, unknown, and unheralded woman found her place at the table again and again, then led the way, broke down barriers and helped shape the direction and flow of history. At almost every step, Jean Dubofsky's story mirrors, reflects, or reveals the depth of the injustice, discrimination, and inequality that lay hidden just beneath the surface of the country we thought ourselves to be. Jean Dubofsky made history in 1979 when she was the first woman appointed to the Colorado Supreme Court, then made history again in 1996 at the U.S. Supreme Court when she argued and won the landmark gay rights case, Romer v. Evans. Dubofsky's journey from helping to shape and implement the strategy that led to the passage of the 1968 Civil Rights Act, to bringing the first slavery lawsuit since the Civil War, and finally winning at the U.S. Supreme Court is not simply her story, it also is the a story of an entire generation. Appealing For Justice allows, for the first time, Jean Dubofsky and Romer v. Evans to find their rightful historic place at a critical turning point in the country's unfolding story of equal rights and justice. It is a captivating tale of wild rides, fears and triumph, of hurdles overcome, battles won, and a time in the nation's history that breaks our hearts and renews our spirits.