Want to listen to the audiobook Arctic Homestead: The True Story of One Family's Survival and Courage in the Alaskan Wilds written by Norma Cobb?
MP3 Audiobook Player is here to help! 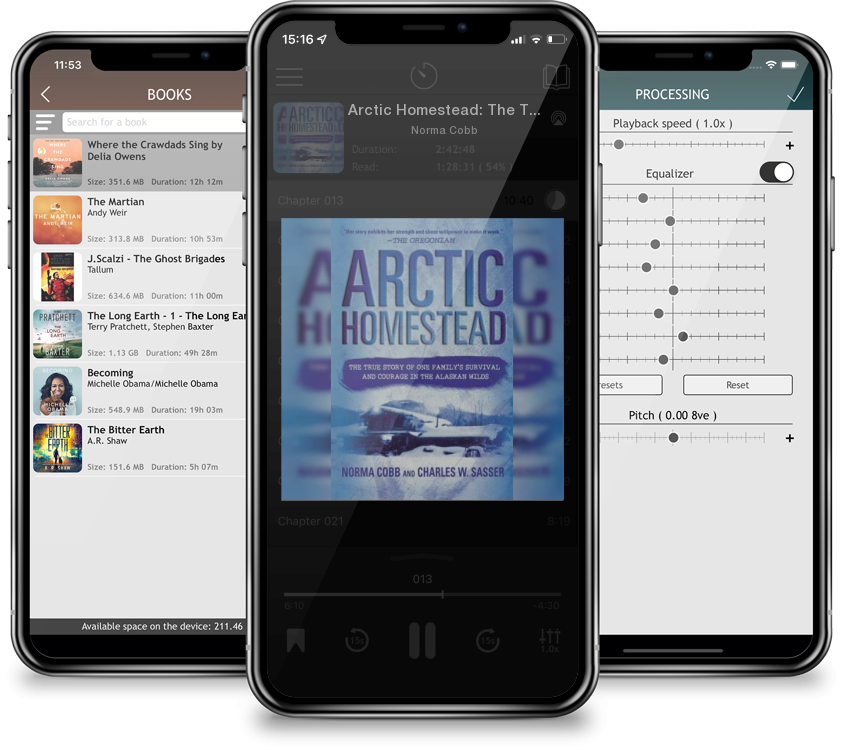 Arctic Homestead: The True Story of One Family's Survival and Courage in the Alaskan Wilds

In 1973, Norma Cobb, her husband Lester, and the their five children, the oldest of whom was nine-years-old and the youngest, twins, barely one, pulled up stakes in the Lower Forty-eight and headed north to Alaska to follow a pioneer dream of claiming land under the Homestead Act. The only land available lay north of Fairbanks near the Arctic Circle where grizzlies outnumbered humans twenty to one. In addition to fierce winters and predatory animals, the Alaskan frontier drew the more unsavory elements of society's fringes. From the beginning, the Cobbs found themselves pitted in a life or death feud with unscrupulous neighbors who would rob from new settlers, attempt to burn them out, shoot them, and jump their claim.The Cobbs were chechakos, tenderfeet, in a lost land that consumed even toughened settlers. Everything, including their "civilized" past, conspired to defeat them. They constructed a cabin and the first snow collapsed the roof. They built too close to the creek and spring breakup threatened to flood them out. Bears prowled the nearby woods, stalking the children, and Lester Cobb would leave for months at a time in search of work.But through it all, they survived on the strength of Norma Cobb---a woman whose love for her family knew no bounds and whose courage in the face of mortal danger is an inspiration to us all. Arctic Homestead is her story.