Want to listen to the audiobook As the Twig Is Bent: A Memoir written by Wallace Byron Grange?
MP3 Audiobook Player is here to help! 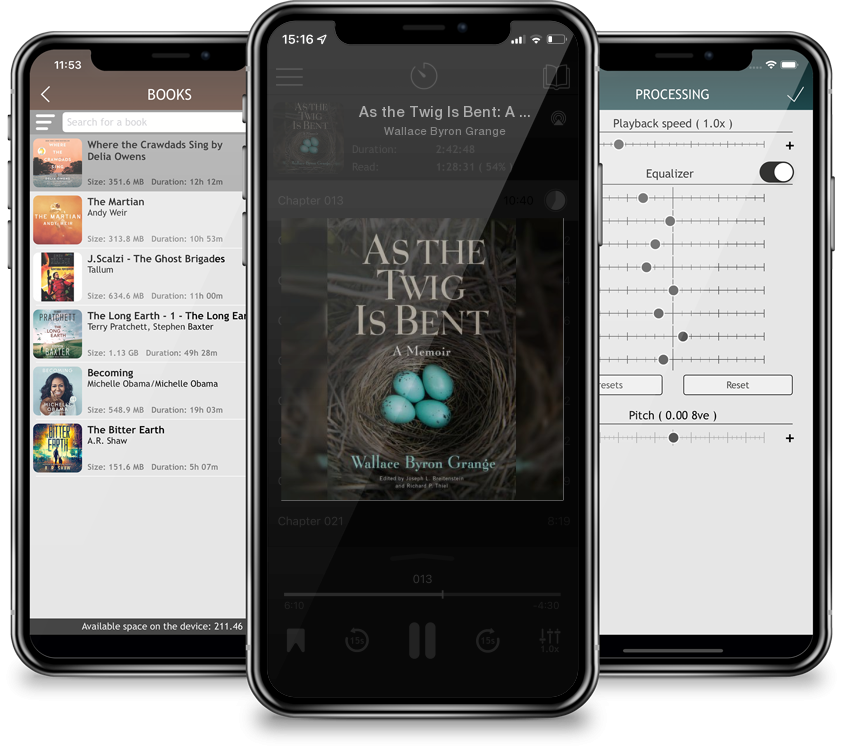 As the Twig Is Bent: A Memoir

Wallace Byron Grange (1905–87) was an influential conservationist who worked alongside Aldo Leopold. Grange’s story vividly describes his mostly idyllic childhood watching bird life in the once grand prairies just west of Chicago. He documents his family’s journey and pioneering struggle to operate a farm on the logged cutover country in northern Wisconsin, a land that provided him with abundant opportunities to study the lives of wild creatures he loved most. Written when Grange was in his sixties, As the Twig Is Bent conveys how a leading conservationist was formed through his early relationship to nature. In beautifully composed vignettes, he details encounters both profound and minute, from the white-footed mice attracted by cookie crumbs in his boyhood clubhouse to the sounds of great horned owls echoing through the wintry woods. As he develops his own understanding of the natural world, he comes to an awareness of the dramatic and devastating role of humankind on ecosystems. Grange’s poignant observations still resonate today amid global conversations about the fate of our natural resources and climate change.