Want to listen to the audiobook Asylum Denied: A Refugee's Struggle for Safety in America written by David Kenney?
MP3 Audiobook Player is here to help! 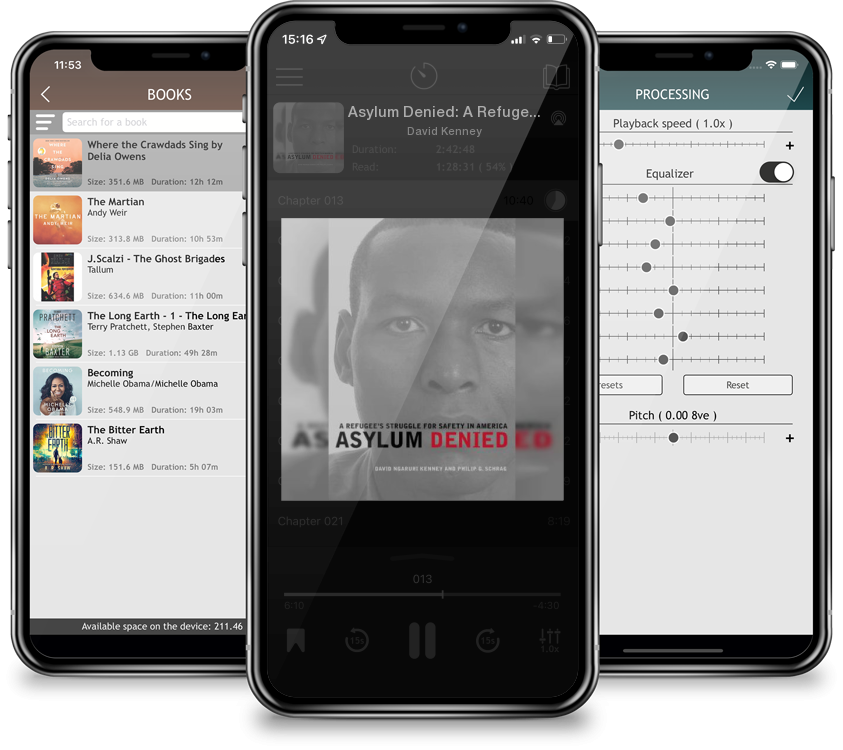 Asylum Denied: A Refugee's Struggle for Safety in America

Asylum Denied is the gripping story of political refugee David Ngaruri Kenney's harrowing odyssey through the world of immigration processing in the United States. Kenney, while living in his native Kenya, led a boycott to protest his government's treatment of his fellow farmers. He was subsequently arrested and taken into the forest to be executed. This book, told by Kenney and his lawyer Philip G. Schrag from Kenney's own perspective, tells of his near-murder, imprisonment, and torture in Kenya; his remarkable escape to the United States; and the obstacle course of ordeals and proceedings he faced as U.S. government agencies sought to deport him to Kenya. A story of courage, love, perseverance, and legal strategy, Asylum Denied brings to life the human costs associated with our immigration laws and suggests reforms that are desperately needed to help other victims of human rights violations.