Want to listen to the audiobook At the Edge of the Abyss: A Concentration Camp Diary, 1943-1944 (Jewish Lives) written by David Koker?
MP3 Audiobook Player is here to help! 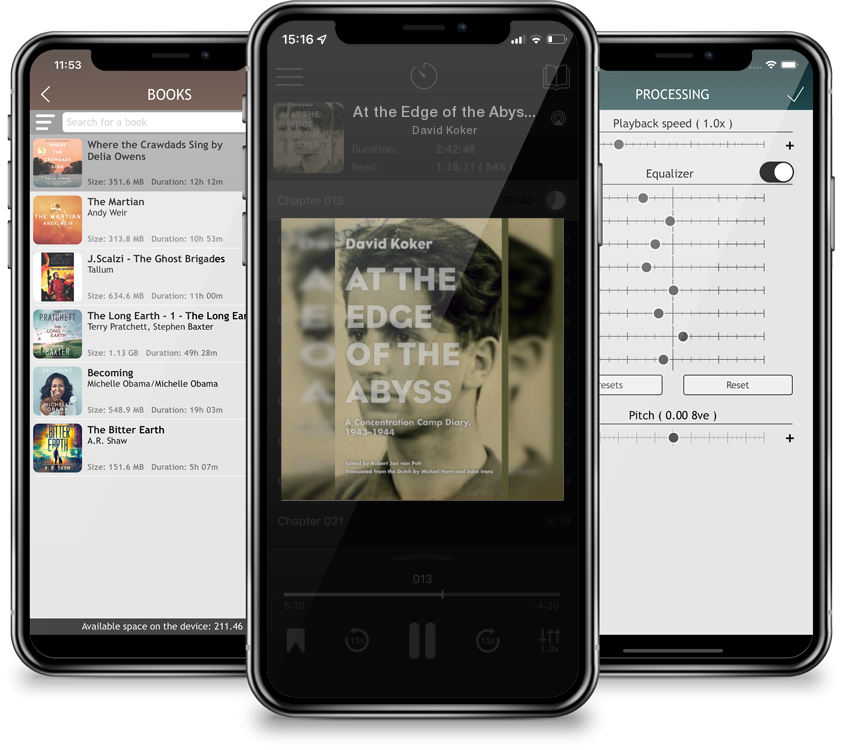 Finalist for 2012 National Jewish Book Award in the Holocaust categoryDavid Koker's diary is one of the most notable accounts of life in a German concentration camp written by a Jew during the years of the Holocaust. First brought to attention when the Dutch historian Jacob Presser-Koker's history teacher in high school-quoted from Koker's diary in his monumental history, published in English as The Destruction of the Dutch Jews (1968), the diary itself became a part of the Dutch literary canon when it was published in 1977 as Dagboek geschreven in Vught (Diary Written in Vught). It has remained in print ever since, and is notable for its literary qualities, weaving poetry and powerful observations of the emotional life of a camp prisoner, including reflections after an in-person visit by Heinrich Himmler. Surprisingly, the book has never before been translated into English.During his time in the Vught concentration camp, the 21-year-old David recorded on an almost daily basis his observations, thoughts, and feelings. He mercilessly probed the abyss that opened around him and, at times, within himself. David's diary covers almost a year, both charting his daily life in Vught as it developed over time and tracing his spiritual evolution as a writer. Until early February 1944, David was able to smuggle some 73,000 words from the camp to his best friend Karel van het Reve, a non-Jew. With an informative introduction, annotation, and list of dramatis personae by Robert Jan van Pelt, At the Edge of the Abyss offers an immediate and wholly original look into the life of a concentration camp prisoner.