Want to listen to the audiobook Augustus Carp, Esq., by Himself written by Henry Howarth Bashford?
MP3 Audiobook Player is here to help! 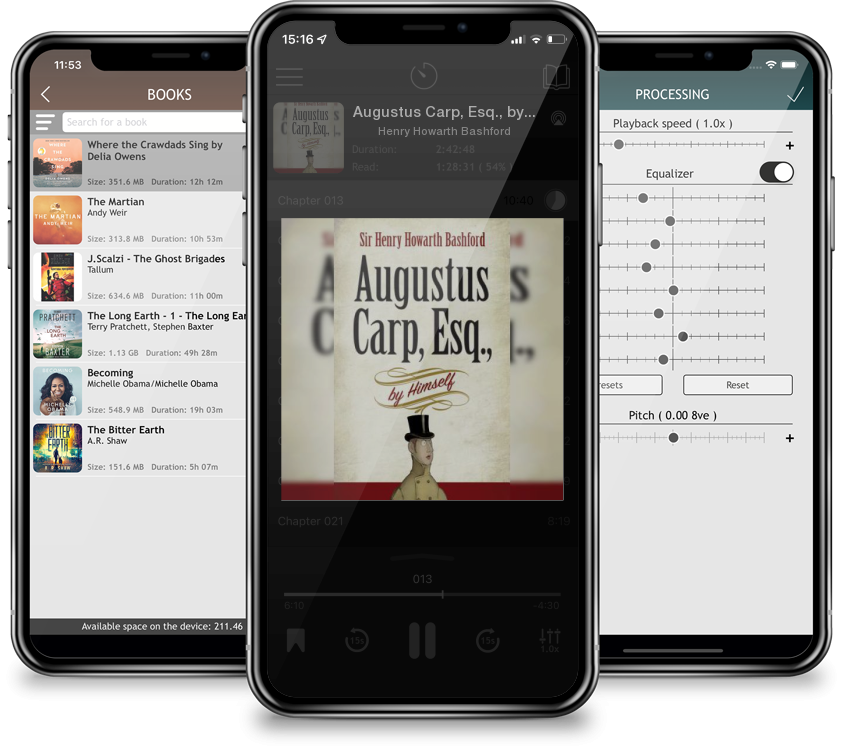 Augustus Carp, Esq., by Himself

A sublime ferocious farce. -- The New Yorker.Incomparable ... a wonderful slapstick satire on hypocrisy. -- New Statesman.One of the great comic novels of the twentieth century. -- Anthony Burgess.Meet our memoirist, Augustus Carp, a self-proclaimed good man who relishes every opportunity to condemn the weaknesses of others while excusing his own failings. In this spoof autobiography, the pompous narrator enthusiastically recounts his mundane achievements with unwitting hilarity, making frequent asides to bemoan the sins of lesser mortals. Much of the story's ironic humor derives from his delivery; the more seriously Carp takes himself, the more ridiculous he appears. This riotous fable is supported by a cast of delightfully eccentric and grotesque characters: Abraham Stool, manufacturer of the famous Adult Gripe Water; schoolteacher Mr. Beerthorpe, inevitably known to his charges as Beery; the Rev. Eugene Cake, author of such improving fiction as Gnashers of Teeth; and other memorable personalities. A cult classic and comic gem, the book was originally published anonymously in 1924 and rediscovered decades later, when its author was revealed as a genteel (and discreet) London physician. This edition features the splendidly droll illustrations by Punch artist Marjorie Blood from the original publication.