Want to listen to the audiobook Ava Gardner: The Secret Conversations written by Peter Evans?
MP3 Audiobook Player is here to help! 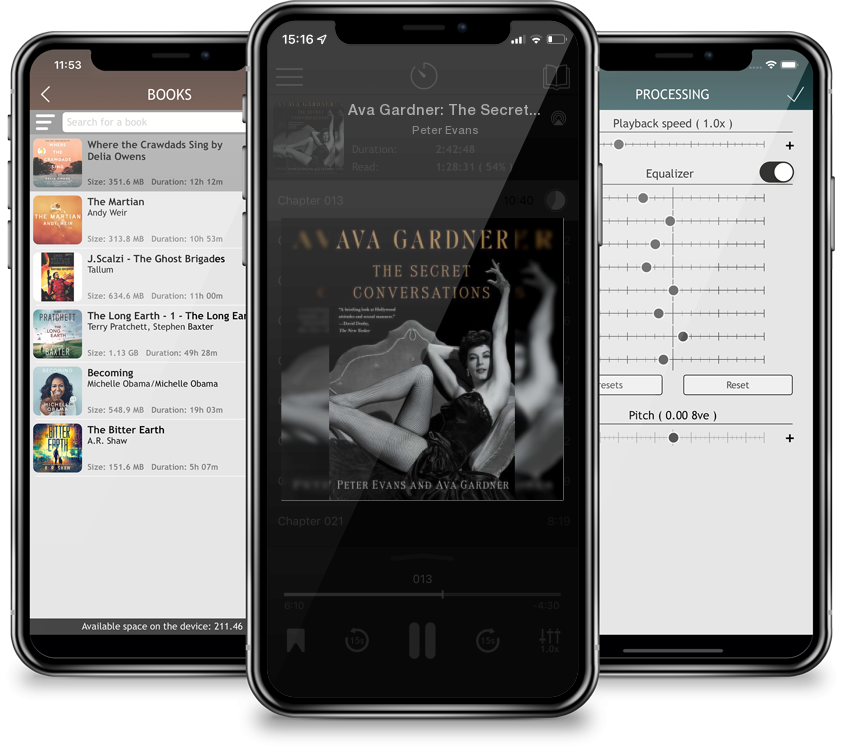 The wickedly candid New York Times bestesller that Ava Gardner dared not publish during her lifetime—“the heartbreaking memoir of the ultimate heartbreaker” (Philadelphia Inquirer).Ava Gardner was one of Hollywood’s biggest and brightest stars during the 1940s and ’50s, an Oscar-nominated leading lady who co-starred with Clark Gable, Burt Lancaster, and Humphrey Bogart, among others. But this riveting account of her storied life, including her marriage to Frank Sinatra, and career had to wait for publication until after her death—because Gardner feared it was too revealing. “I either write the book or sell the jewels,” Gardner told coauthor Peter Evans, “and I’m kinda sentimental about the jewels.” The legendary actress serves up plenty of gems in these pages, reflecting with delicious humor and cutting wit on a life that took her from rural North Carolina to the heights of Hollywood’s Golden Age. Tell-all stories abound, especially when Gardner divulges on her three husbands: Mickey Rooney, a serial cheater so notorious that even his mother warned Gardner about him; bandleader Artie Shaw, whom Ava calls “a dominating son of a bitch…always putting me down;” and Frank Sinatra (“We were fighting all the time. Fighting and boozing. It was madness. But he was good in the feathers”). “Her story is a raw-nerved revelation. . . . A vivid portrait” (Chicago Tribune). Witty, penetrating, unique in its voice, it is impossible to put down—“A complete delight” (Philadelphia Inquirer).