Want to listen to the audiobook Balancing Act written by Jonathan Plummer?
MP3 Audiobook Player is here to help! 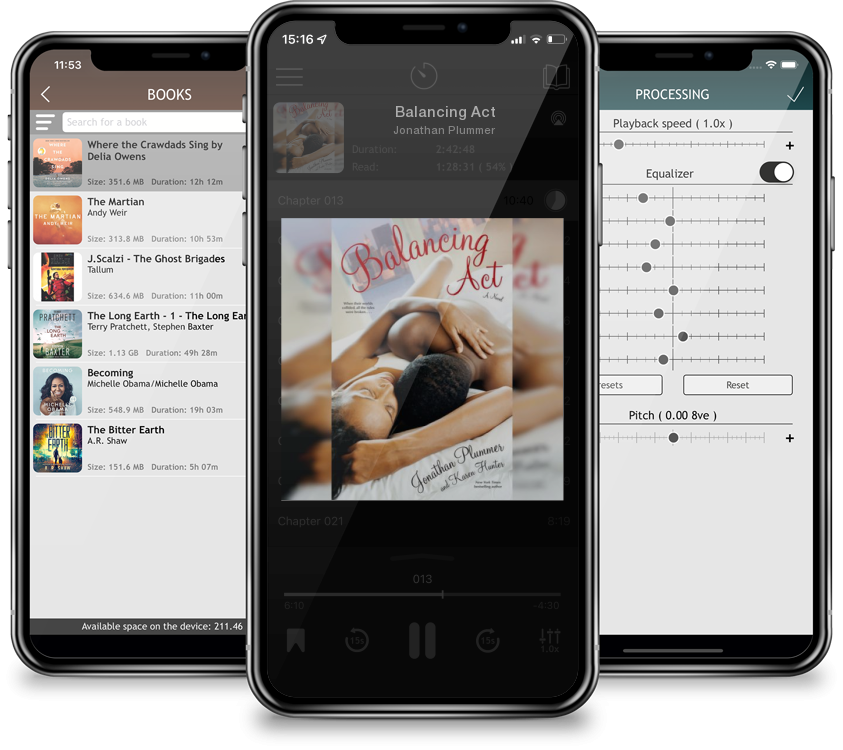 Jonathan Plummer made headlines when New York Times bestselling author Terry McMillan—who based her novel How Stella Got Her Groove Back on their romance—filed for divorce, claiming that Plummer hid his homosexuality in order to marry her for her money and gain U.S. citizenship—now Plummer delivers a sexy and satisfying novel as deliciously racy as the life he lived.Justin Blakeman is living an ordinary life in Jamaica when vacationing Tasha Reynolds spots him selling sugar cane on the street. He, of course, has no idea that her modeling agency is fast becoming the hottest in the business. He plans to live the island life set out for him, stepping up to head the family sugar cane enterprise in time. In the ruthless modeling world, Tasha is a great white shark with an uncanny knack for finding blazing new talent in unusual places. She always gets what she wants and she wants Justin—whose hazel-green eyes, offset by dark chocolate skin, make her palms sweat, a sign that she is on to something. His perfect body and defiant attitude will make him a megastar. But soon, a relationship that began as strictly business crosses the line into a complex game of sexual desire and control. Their crazy, volatile bond—littered with dark influences from their pasts, complicated by ambition, and fueled by insatiable passion—is as combustible as relationships can get. And when Justin discovers a hidden hunger for a male model, the stakes are higher than ever.