Want to listen to the audiobook Beast Quest: 65: Serpio the Slithering Shadow written by Adam Blade?
MP3 Audiobook Player is here to help! 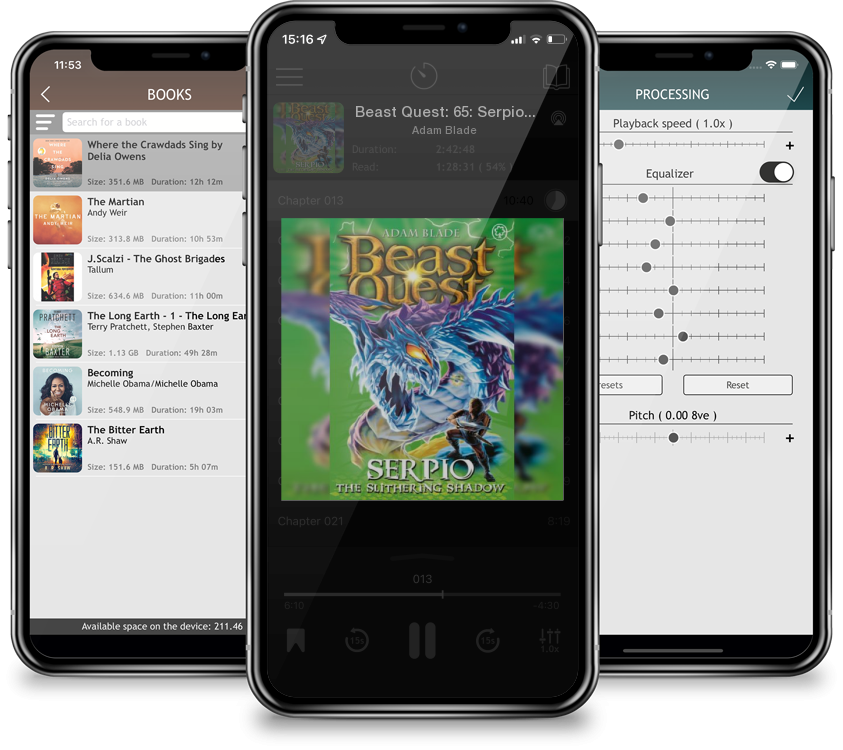 Battle fearsome beasts and fight evil with Tom and Elenna in the bestselling adventure series for boys and girls aged 7 and up.Kensa the Sorceress seeks to overthrow Avantia and become a cruel ruler - and she has created six Evil Beasts to do her bidding. It's up to Tom and his faithful companions to defeat them!There are SIX thrilling adventures to collect in the Beast Quest: The New Age series: Elko Lord of the Sea; Tarrok the Blood Spike; Brutus the Hound of Horror; Flaymar the Scorched Blaze; Serpio the Slithering Shadow; Tauron the Pounding Fury.If you like Beast Quest, check out Adam Blade's other series: Team Hero, Sea Quest and Beast Quest: New Blood!