Want to listen to the audiobook Beckoning Frontiers: The Memoir of a Wyoming Entrepreneur (The Papers of William F. "Buffalo Bill" Cody) written by George W. T. Beck?
MP3 Audiobook Player is here to help! 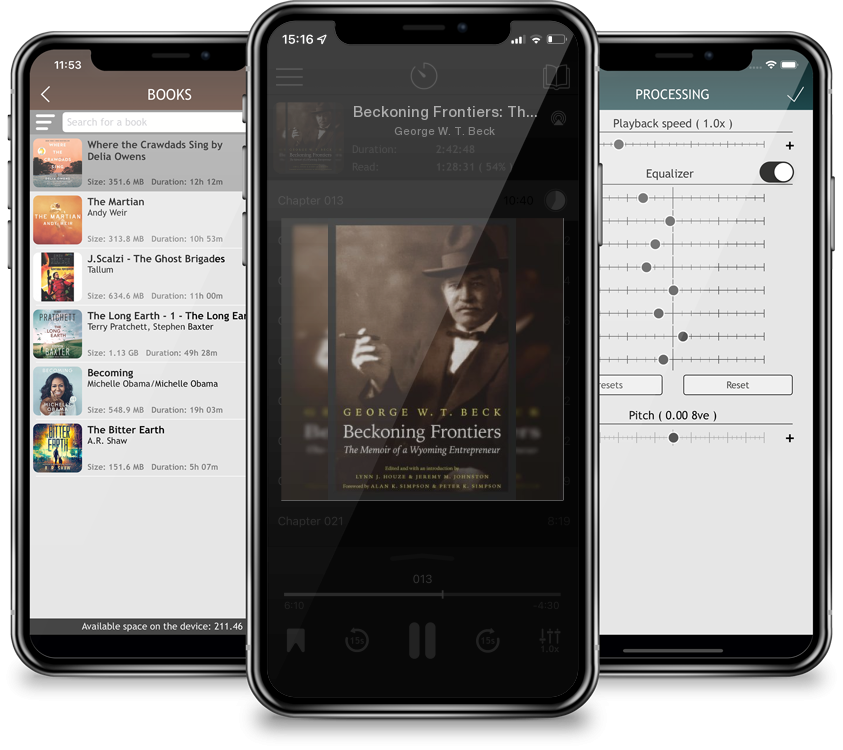 Beckoning Frontiers: The Memoir of a Wyoming Entrepreneur (The Papers of William F. "Buffalo Bill" Cody)

2021 Publication Award in Biography from the Wyoming State Historical Society Westerners International Co-Founders Book Award, second place George W. T. Beck, an influential rancher and entrepreneur in the American West, collaborated with William F. “Buffalo Bill” Cody to establish the town of Cody, Wyoming, in the 1890s. He advanced his financial investments in Wyoming through his numerous personal and professional contacts with various eastern investors and politicians in Washington DC. Beck’s family—his father a Kentucky senator and his mother a grandniece of George Washington—and his adventures in the American West resulted in personal associates who ranged from western legends Buffalo Bill, Jesse James, and Calamity Jane to wealthy American elites such as George and Phoebe Hearst and Theodore Roosevelt. This definitive edition of Beck’s memoir provides a glimpse of early life in Wyoming, offering readers a rare perspective on how community boosters cooperated with political leaders and wealthy financiers. Beck’s memoir, introduced and annotated by Lynn J. Houze and Jeremy M. Johnston, offers a unique and sometimes amusing view of financial dealings in eastern boardrooms, as well as stories of Beck’s adventures with Buffalo Bill in Wyoming. Beck’s memoir demonstrates not only his interest in developing the West but also his humor and his willingness to collaborate with a variety of people.