Want to listen to the audiobook Behind the Dolphin smile: One Man's Campaign to Protect the World's Dolphins written by Richard O'Barry?
MP3 Audiobook Player is here to help! 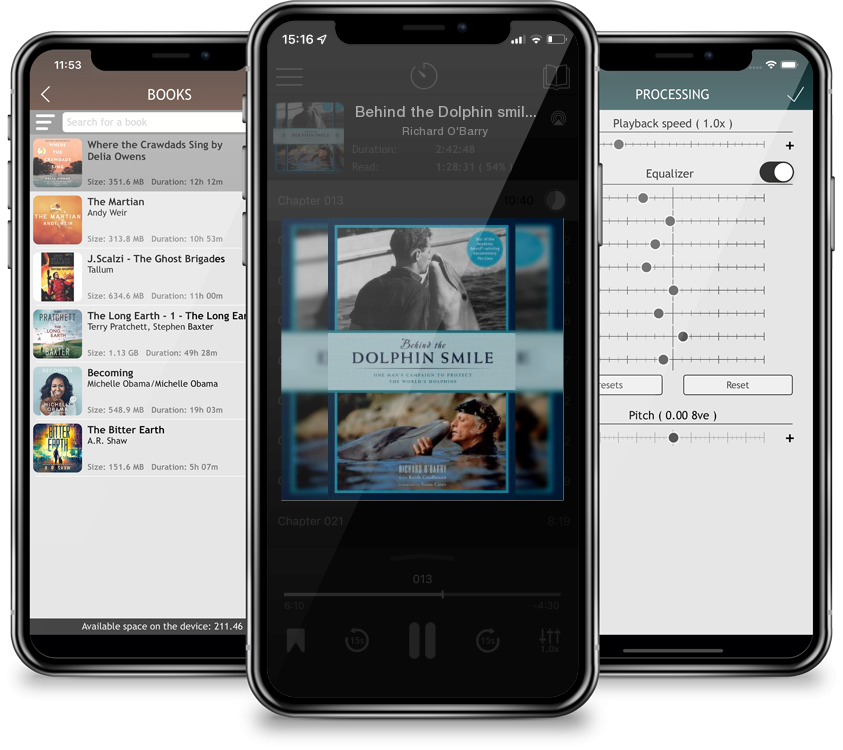 Behind the Dolphin smile: One Man's Campaign to Protect the World's Dolphins

Behind the Dolphin Smile is the heart-felt true story of an animal lover who dedicated his life to studying and training dolphins, but in the process discovered that he ultimately needed to set them free. Ric O’Barry shares his journey with dolphins and other sea mammals in this captivating autobiographical look back at his years as a dolphin trainer for aquatic theme parks, movies, and television. Also included is a preface relaying a first-hand account of his adventures filming the 2010 Academy Award–winning documentary The Cove, which covertly uncovered Japan’s inhumane dolphin-hunting practices. O’Barry, a successful animal trainer who had had everything—money, flashy cars, pretty women—came to realize that dolphins were easy to train, not because of his great talent, but because they possessed great intelligence, and that keeping them in captivity was cruel and morally wrong. O’Barry now dedicates his life to stopping the exploitation of these exceptional mammals by retraining them to return to their natural habitats.