Want to listen to the audiobook Billy the Kid: Beyond the Grave written by W. C. Jameson?
MP3 Audiobook Player is here to help! 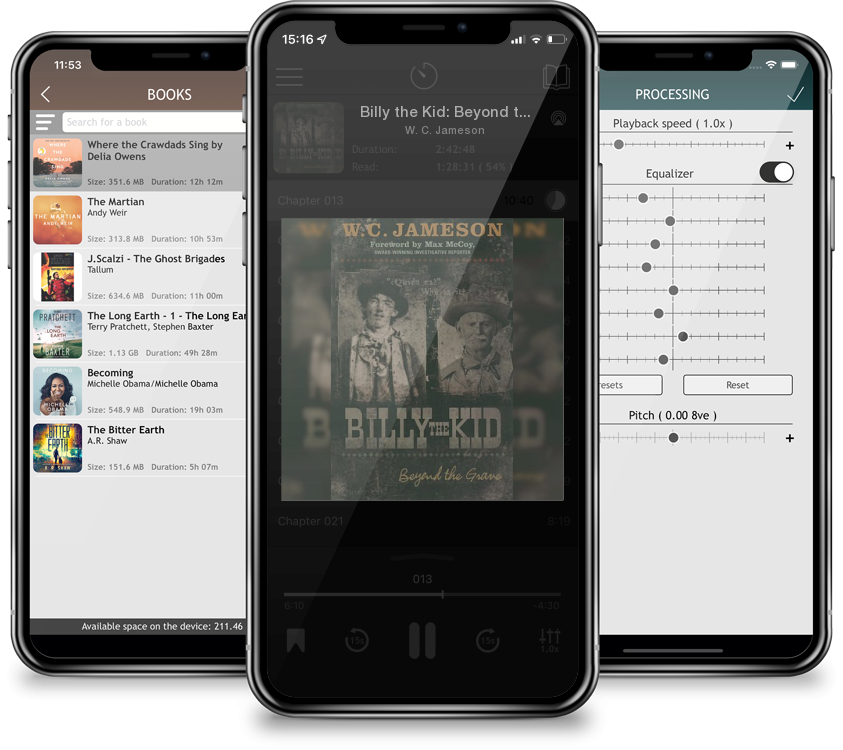 Billy the Kid: Beyond the Grave

Billy the Kid: Beyond the Grave traces the life of this famous desperado through his role in the Lincoln County War, the alleged killing by Sheriff Pat Garrett, Billy's escape, and his life for the next sixty-nine years. In 1948, an old man named William Henry Roberts was confronted with evidence that he was Billy the Kid. At first he denied his identity, but reluctantly admitted who he was. Based on taped interviews with Roberts, new evidence discovered in the 1990s, and sophisticated photo comparison technology by the FBI, the conclusion that Roberts was Billy the Kid gains support.