Want to listen to the audiobook Bob Dylan and Leonard Cohen: Deaths and Entrances written by David Boucher?
MP3 Audiobook Player is here to help! 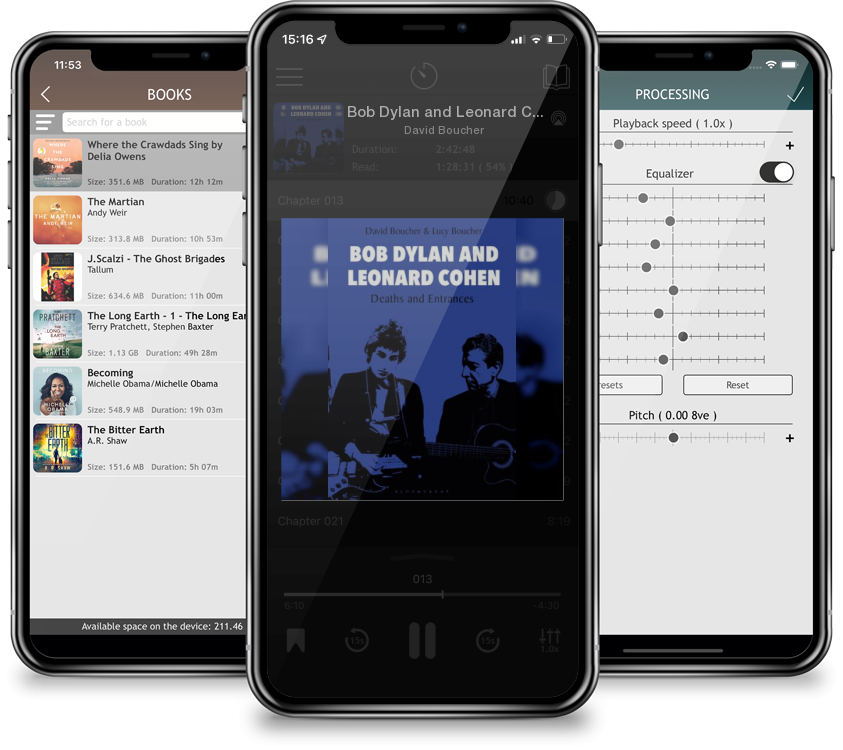 Both Dylan and Cohen have been a presence on the music and poetry landscape spanning six decades. This book begins with a discussion of their contemporary importance, and how they have sustained their enduring appeal as performers and recording artists. The authors argue that both Dylan and Cohen shared early aspirations that mirrored the Beat Generation. They sought to achieve the fame of Dylan Thomas, who proved a bohemian poet could thrive outside the academy, and to live his life of unconditional social irresponsibility. While Dylan's and Cohen's fame fluctuated over the decades, it was sustained by self-consciously adopted personas used to distance themselves from their public selves. This separation of self requires an exploration of the artists' relation to religion as an avenue to find and preserve inner identity. The relationship between their lyrics and poetry is explored in the context of Federico Garc a Lorca's concept of the poetry of inspiration and the emotional depths of 'duende.' Such ideas draw upon the dislocation of the mind and the liberation of the senses that so struck Dylan and Cohen when they first read the poetry and letters of Arthur Rimbaud and Lorca. The authors show that performance and the poetry are integral, and the 'duende, ' or passion, of the delivery, is inseparable from the lyric or poetry, and common to Dylan, Cohen and the Beat Generation.