Want to listen to the audiobook A Life of Picasso III: The Triumphant Years: 1917-1932 written by John Richardson?
MP3 Audiobook Player is here to help! 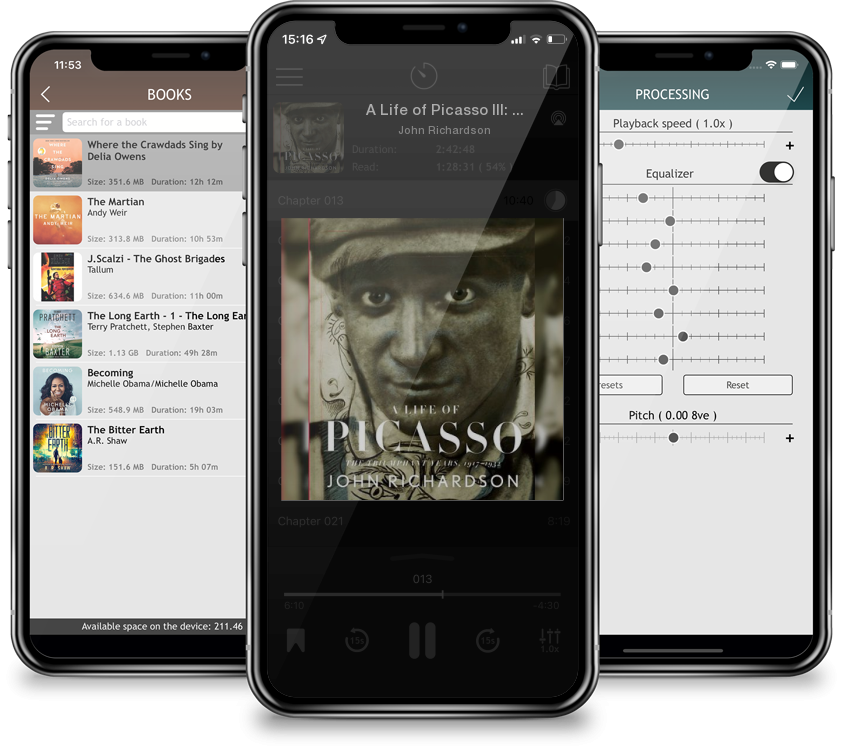 The third volume of Richardson’s magisterial Life of Picasso, a groundbreaking contribution to our understanding of one of the greatest artists of the twentieth century. Here is Picasso at the height of his powers in Rome and Naples, producing the sets and costumes with Cocteau for Diaghilev’s Ballets Russes, and visiting Pompei where the antique statuary fuel his obsession with classicism; in Paris, creating some of his most important sculpture and painting as part of a group that included Braque, Apollinaire, Miró, and Breton; spending summers in the South of France in the company of Gerald and Sara Murphy, Hemingway, and Fitzgerald.These are the years of his marriage to the Russian ballerina Olga Khokhlova—the mother of his only legitimate child, Paulo—and of his passionate affair with Marie-Thérèse Walter, who was, as well, his model and muse.