Want to listen to the audiobook A Life of Picasso II: The Cubist Rebel: 1907-1916 written by John Richardson?
MP3 Audiobook Player is here to help! 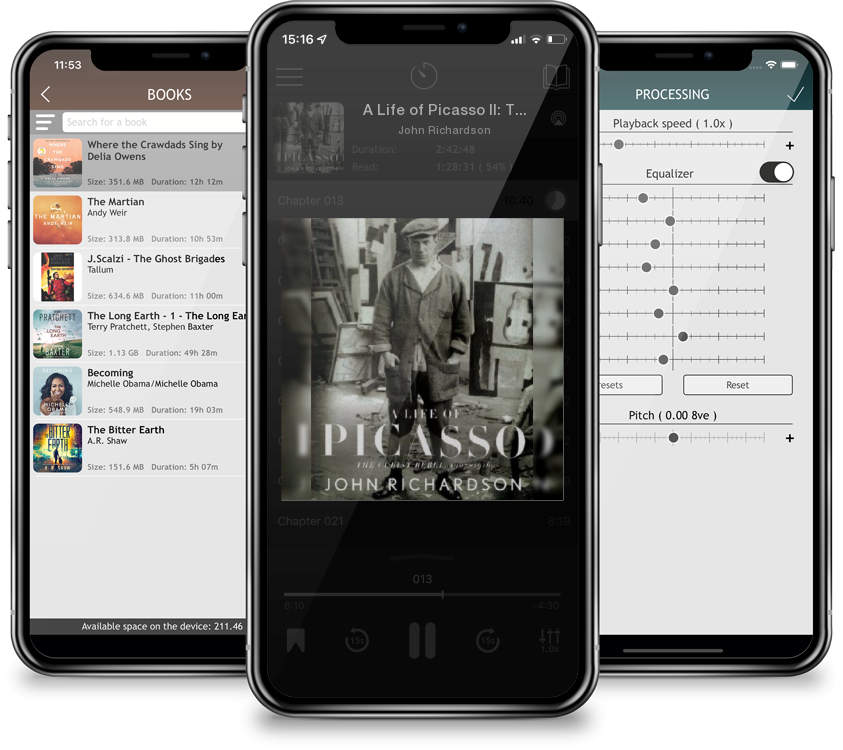 In the second volume of his Life of Picasso, Richardson reveals the young Picasso in the Baudelairean role of “the painter of modern life.” Never before have Picasso’s revolutionary vision, technical versatility, prodigious achievements, and, not least, his sardonic humor been analyzed with such clarity.Hence his great breakthrough painting, Les Demoiselles d’Avignon, with which this book opens. As well as portraying Picasso as a revolutionary, Richardson analyzes the more compassionate side of his genius. The misogynist of posthumous legend turns out to have been surprisingly vulnerable—more often sinned against than sinning. Heartbroken at the death of his mistress Eva, Picasso tried desperately to find a wife. Richardson recounts the untold story of how his two great loves of 1915–17 successively turned him down. These disappointments, as well as his horror at the outbreak of World War I and the wounds it inflicted on his closest friends, Braque and Apollinaire, shadowed his painting and drove him off to work for the Ballets Russes in Rome and Naples—back to the ancient world.In this volume we see the artist’s life and work during the crucial decade of 1907–17, a period during which Picasso and Georges Braque devised what has come to be known as cubism and in doing so engendered modernism. Thanks to the author’s friendship with Picasso and some of the women in his life, as well as Braque and their dealer, D. H. Kahnweiler, and other associates, he has had access to untapped sources and unpublished material. In The Cubist Rebel, Richardson also introduces us to key figures in Picasso’s life who have been totally overlooked by previous biographers. Among these are the artist’s Chilean patron, collector, and mother figure, Eugenia Errázuriz, as well as two fiancées: the loveable Geneviève Laporte and the promiscuous bisexual painter Irène Lagut.By harnessing biography to art history, he has managed to crack the code of cubism more successfully than any of his predecessors. And by bringing fresh light to bear on the artist’s private life, he has succeeded in coming up with a new view of this paradoxical man and of his paradoxical work. Never before have Picasso’s revolutionary vision, technical versatility, prodigious achievements, and, not least, his sardonic humor been analyzed with such clarity.