Want to listen to the audiobook A Life of Picasso IV: The Minotaur Years: 1933-1943 written by John Richardson?
MP3 Audiobook Player is here to help! 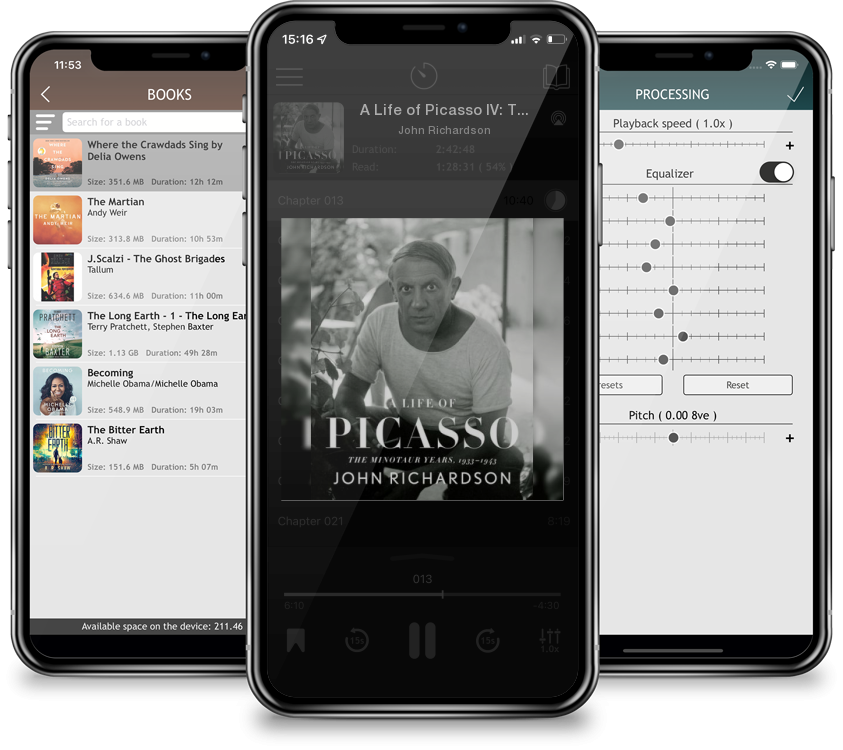 The beautifully illustrated fourth volume of Picasso’s life—set in France and Spain during the Spanish Civil War and World War II—covers friendships with the surrealist painters; artistic inspiration around Guernica and the Minotaur; and his muses Marie-Thérèse, Dora Maar, and Françoise Gilot; and much more.Including 271 stunning illustrations and drawing on original and exhaustive research from interviews and never-before-seen material in the Picasso family archives, this book opens with a visit by the Hungarian-French photographer Brassaï to Picasso’s chateau in Normandy, Boisgeloup, where he would take his iconic photographs of the celebrated plaster busts of Marie-Thérèse, Picasso’s mistress and muse. Picasso was contributing to André Breton’s Minotaur magazine and he was also spending more time with the likes of Man Ray, Salvador Dalí, Lee Miller, and the poet Paul Éluard, in Paris as well as in the south of France. It was during this time that Picasso began writing surrealist poetry and became obsessed with the image of himself as the mythic Minotaur—head of a bull, body of a man—and created his most famous etching, Minotauromachie. Richardson shows us the artist is as prolific as ever, painting Marie-Thérèse, but also painting the surrealist photographer Dora Maar who has become a muse, a collaborator and more. In April 1937, the bombing of the town of Guernica during the Spanish Civil War inspires Picasso’s vast masterwork of the same name, which he paints in just a few weeks for the Spanish Pavilion at the Paris World’s Fair. When the Nazis occupy Paris in 1940, Picasso chooses to remain in the city despite the threat that his art would be confiscated. In 1943, Picasso meets Françoise Gilot who would replace Dora, and as Richardson writes, “rejuvenate his psyche, reawaken his imagery and inspire a brilliant sequence of paintings.” As always, Richardson tells Picasso’s story through his work during this period, analyzing how it shows what the artist was feeling and thinking. His fascinating and accessible narrative immerses us in one of the most exciting moments in twentieth century cultural history, and brings to a close the definitive and critically acclaimed account of one of the world’s most celebrated artists.