Want to listen to the audiobook Bob Dylan: Like the Night (Bob Dylan and the Road to the Manchester Free Trade Hall) written by C. P. Lee?
MP3 Audiobook Player is here to help! 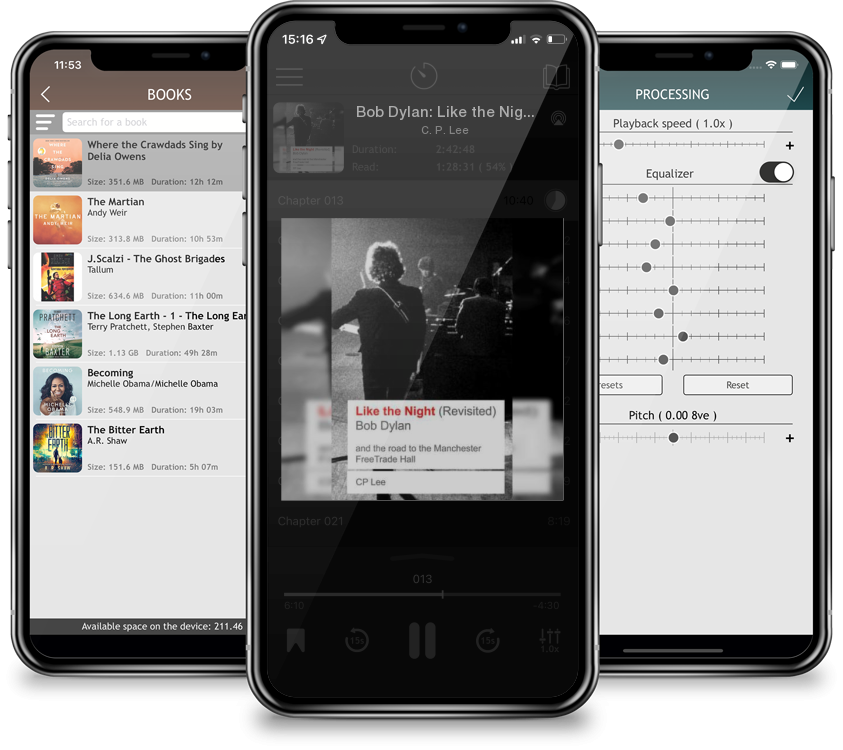 Bob Dylan: Like the Night (Bob Dylan and the Road to the Manchester Free Trade Hall)

Revised and updated edition of the hugely acclaimed document of Dylan's pivotal 1966 Manchester Free Trade Hall show where fans called him Judas for turning his back on folk music in favour of rock n roll. After years of notoriety as the most famous bootleg of them all, the concert recording finally received an official release at the same time as the book's first outing. For any fan of Dylan, this is quite simply essential. "Time Out.