Want to listen to the audiobook Book of Ages: The Life and Opinions of Jane Franklin written by Jill Lepore?
MP3 Audiobook Player is here to help! 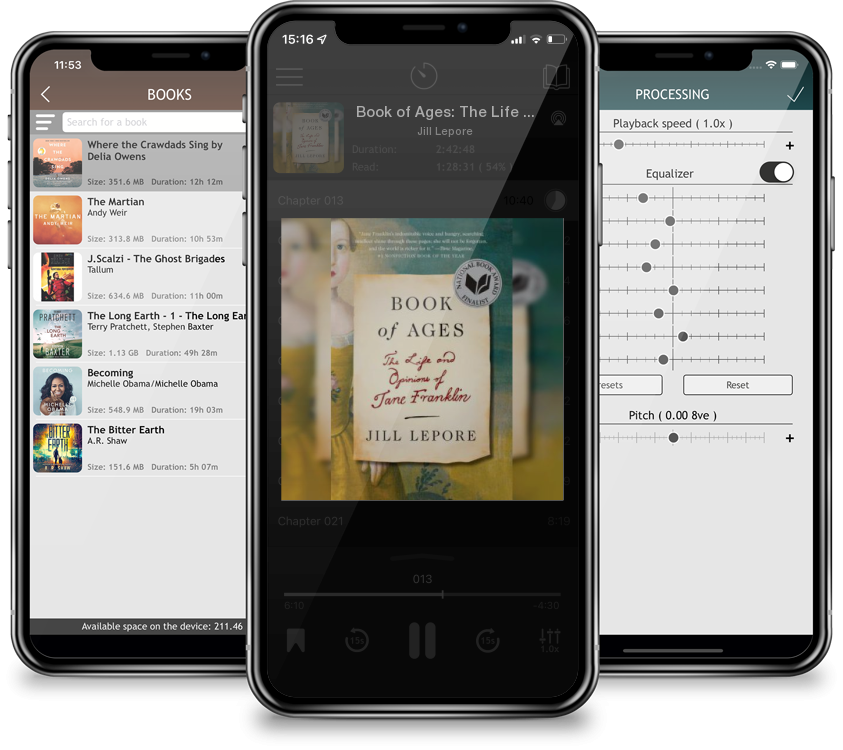 Book of Ages: The Life and Opinions of Jane Franklin

NATIONAL BOOK AWARD FINALIST ONE OF THE BEST BOOKS OF THE YEAR NPR • Time Magazine • The Washington Post • Entertainment Weekly • The Boston Globe A NEW YORK TIMES NOTABLE BOOK From one of our most accomplished and widely admired historians—a revelatory portrait of Benjamin Franklin's youngest sister, Jane, whose obscurity and poverty were matched only by her brother’s fame and wealth but who, like him, was a passionate reader, a gifted writer, and an astonishingly shrewd political commentator. Making use of an astonishing cache of little-studied material, including documents, objects, and portraits only just discovered, Jill Lepore brings Jane Franklin to life in a way that illuminates not only this one extraordinary woman but an entire world.