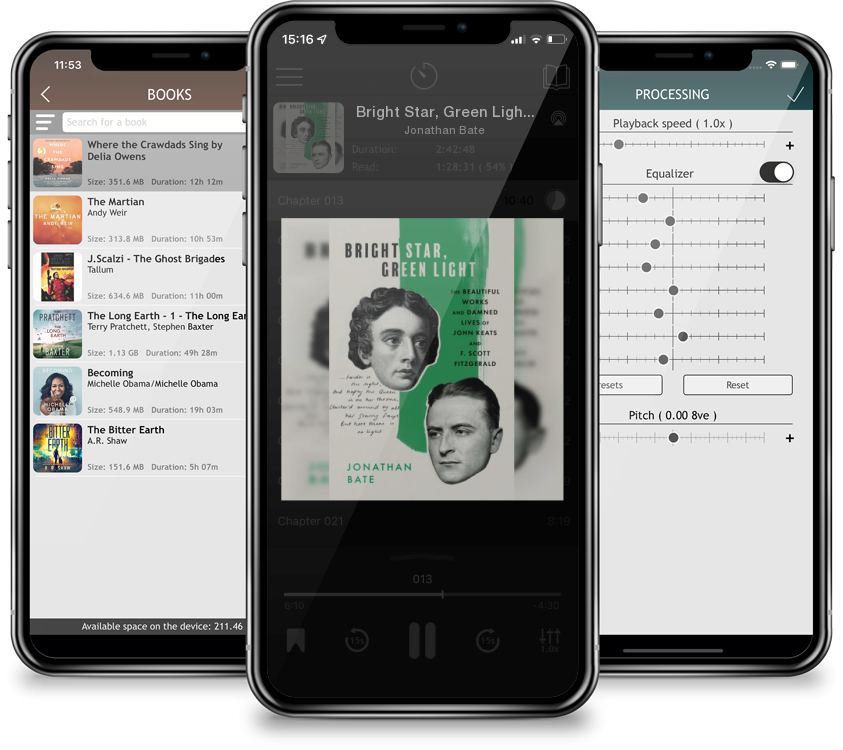 This immensely pleasurable biography of two interwoven, tragic figures, John Keats and F. Scott Fitzgerald, "unabashedly, cheerfully celebrates the lasting power of literature.” (Christoph Irmscher, Wall Street Journal) In this radiant dual biography, Jonathan Bate explores the fascinating parallel lives of John Keats and F. Scott Fitzgerald, writers who worked separately—on different continents, a century apart, in distinct genres—but whose lives uncannily echoed.   Not only was Fitzgerald profoundly influenced by Keats, titling Tender is the Night and other works from the poet’s lines, but the two shared similar fates: both died young, loved to drink, were plagued by tuberculosis, were haunted by their first love, and wrote into a new decade of release, experimentation, and decadence. Both were outsiders and Romantics, longing for the past as they sped blazingly into the future.   Using Plutarch’s ancient model of “parallel lives,” Jonathan Bate recasts the inspired lives of two of the greatest and best‑known Romantic writers. Commemorating both the bicentenary of Keats’ death and the centenary of the Roaring Twenties, this is a moving exploration of literary influence.