Want to listen to the audiobook Boom!: The Chemistry and History of Explosives written by Simon Quellen Field?
MP3 Audiobook Player is here to help! 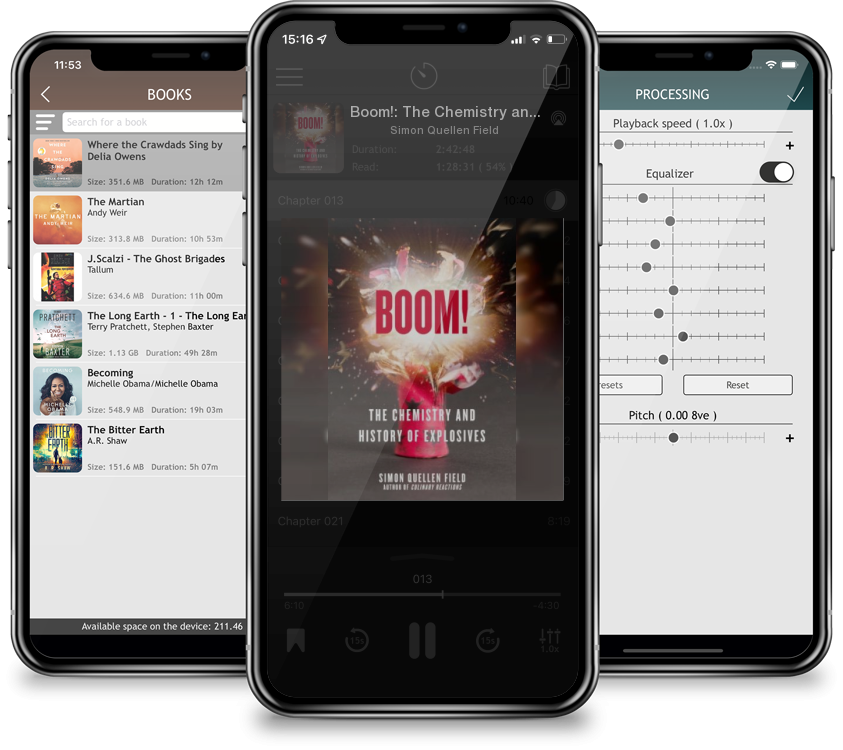 Boom!: The Chemistry and History of Explosives

Black powder, the world’s first chemical explosive, was originally developed in the seventh century, during China’s Tang dynasty. It was a crude mixture at first, but over time chemists discovered the optimum proportion of sulfur, charcoal, and nitrates, as well as the best way to mix them so that the particles of each component were tiny and homogenous, resulting in a complete and powerful reaction.            Author and chemistry buff Simon Quellen Field takes readers on a decades-long journey through the history of things that go boom, from the early days of black powder to today’s modern plastic explosives. Not just the who, when, and why, but also the how. How did Chinese alchemists come to create black powder? What accidents led to the discovery of high explosives? How do explosives actually work on a molecular scale? And though most people have a vague understanding that dynamite is more powerful than gunpowder, what does it mean to be more powerful?            Boom! The Chemistry and History of Explosives goes back to the original papers and patents written by the chemists who invented them, to shed light on their development, to explore the consequences of their use for good and ill, and to give the reader a basic understanding of the chemistry that makes them possible.