Want to listen to the audiobook Boston Mob: The Rise and Fall of the New England Mob and Its Most Notorious Killer written by Marc Songini?
MP3 Audiobook Player is here to help! 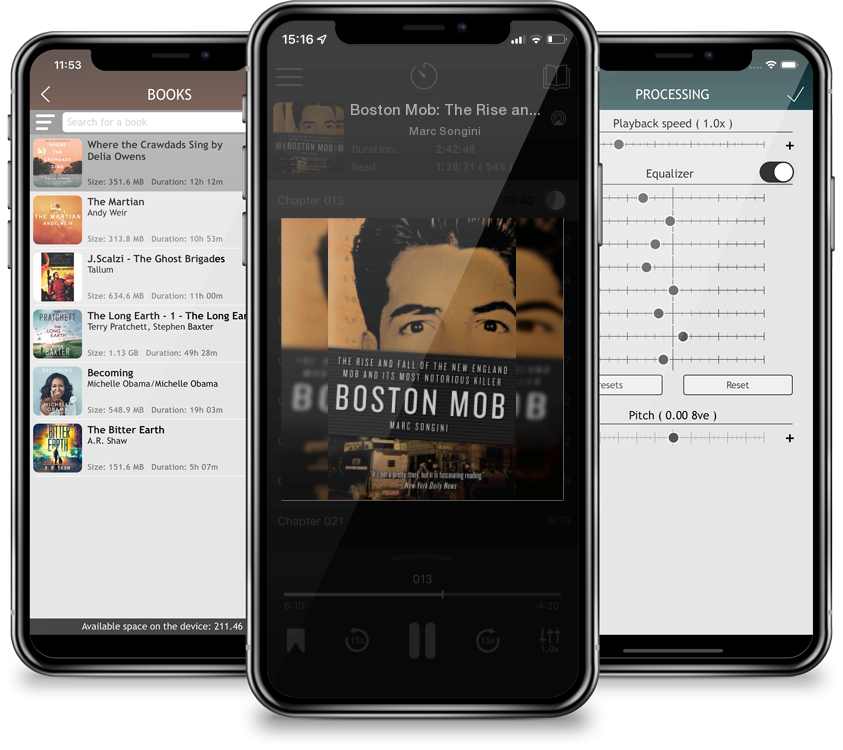 Boston Mob: The Rise and Fall of the New England Mob and Its Most Notorious Killer

Journalist Marc Songini presents the brutal and bloody history of Boston’s organized crime syndicates in the 1960s and 70s through the life of gangster Joseph Barboza. The New England Mafia was a hugely powerful organization that survived by using violence to ruthlessly crush anyone that threatened it, or its lucrative gambling, loansharking, bootlegging and other enterprises. And psychopathic strongman Joseph “The Animal” Barboza was one of the most feared mob enforcers of all time, killing as many as thirty people for business and pleasure.From information based on declassified documents and the use of underworld sources, Boston Mob: The Rise and Fall of the New England Mob and Its Most Notorious Killer spans the gutters and alleyways of East Boston, Providence and Charlestown to the halls of Congress in Washington D.C. and Boston’s Beacon Hill. Its players include governors and mayors, and the Mafia Commission of New York City. From the tragic legacy of the Kennedy family to the Winter Hill-Charlestown feud, the fall of the New England Mafia and the rise of Whitey Bulger, Songini’s account is a saga of treachery, murder, greed, and the survival of ruthless men pitted against legal systems and police forces.