Want to listen to the audiobook Boudicca: The Warrior Queen written by M. J. Trow?
MP3 Audiobook Player is here to help! 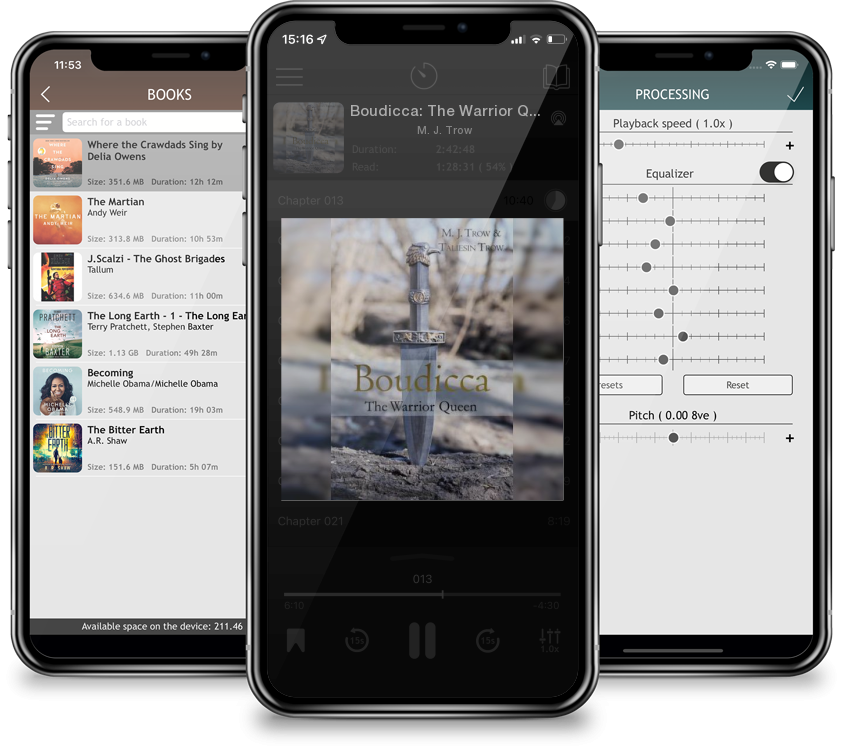 'She was tall and terrible, with a great mass of red hair to her hips... and carried a spear to instil terror in all who saw her.' So wrote Dio Cassius, one of a handful of Romans who commented on the queen of the Iceni who defied the most powerful military nation on earth - and nearly won. Whipped by her Roman overlords and with her two daughters raped, Boudicca went on the warpath in 60AD, uniting tribes under her and wreaking vengeance. Today's Colchester, London and St Albans were all burned to the ground by her marauding army until they were defeated at Mancetter, the 'place of the chariots' by Aulus Plautius. Her end and her grave are unknown. M. J. Trow uses the Roman archives and Celtic mythology to paint a fascinating portrait of this enigmatic woman who was a leader of men and frightened the Romans to death. His son, Taliesin, who holds a Master's Degree in Archaeology, looks at the 'testimony of the spade' to find some surprising conclusions to the many unanswered questions about the queen, whose statue stands alongside the Thames to this day. Boudicca's own reputation has suffered its ups and downs over the centuries, but this book places her firmly on that pedestal alongside her bronze image.