Want to listen to the audiobook Coco Chanel: An Intimate Life written by Lisa Chaney?
MP3 Audiobook Player is here to help! 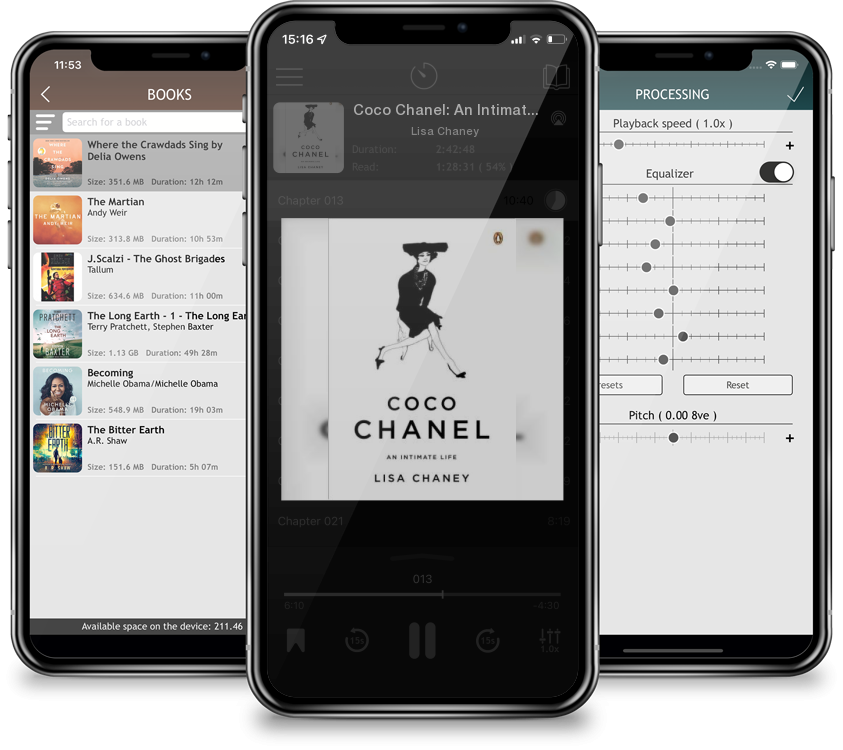 The controversial story of Chanel, the twentieth century's foremost fashion iconRevolutionizing women's dress, Gabrielle "Coco'' Chanel was the twentieth century's most influential designer. Her extraordinary and unconventional journey—from abject poverty to a new kind of glamour—helped forge the idea of modern woman.Unearthing an astonishing life, this remarkable biography shows how, more than any previous designer, Chanel became synonymous with a rebellious and progressive style. Her numerous liaisons, whose poignant and tragic details have eluded all previous biographers, were the very stuff of legend. Witty and mesmerizing, she became muse, patron, or mistress to the century's most celebrated artists, including Picasso, Dalí, and Stravinsky.Drawing on newly discovered love letters and other records, Chaney's controversial book reveals the truth about Chanel's drug habits, her lesbian affairs, and her German lover during World War II.While uniquely highlighting the designer's far-reaching influence on the modern arts, Chaney's fascinating biography paints a more nuanced picture of Coco Chanel than any so far. Movingly, it explores the origins, the creative power, and the secret suffering of this exceptional and often misunderstood woman.