Want to listen to the audiobook Britain's Most Notorious Prisoners: Victorian to Present-Day Cases written by Stephen Wade?
MP3 Audiobook Player is here to help! 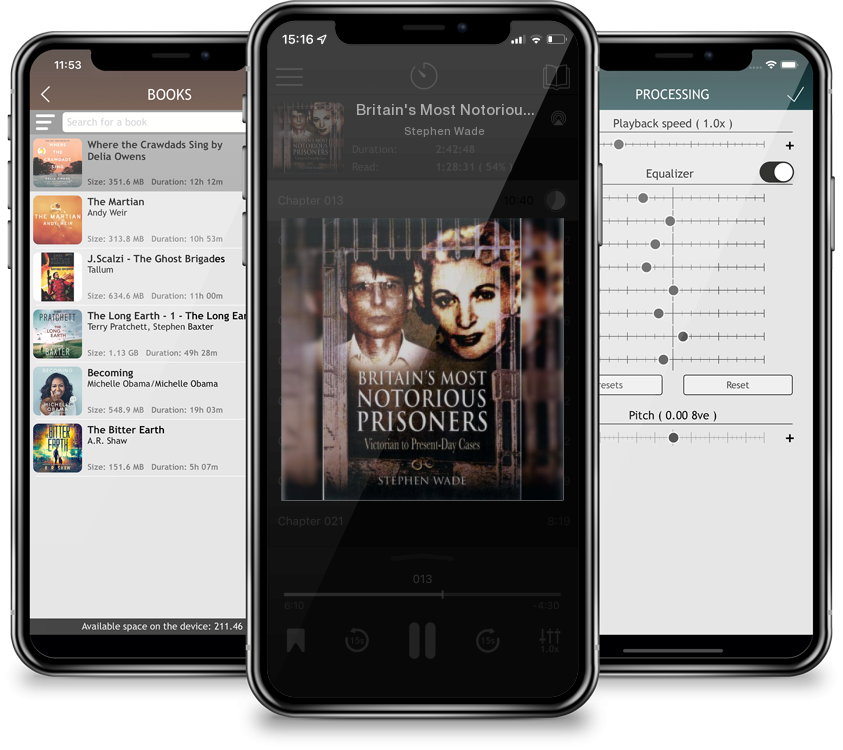 Prison is an unknown world for most of us. It is a place where time stops and lives are held in suspension, taken out of circulation. Amongst the jail population are the dangerous inmates: killers and rapists, gang 'hit-men' and serial offenders. They are the most notorious, their reputations sometimes enhanced by glamour, horrendous tales of their misdeeds and by their very incarceration. Britain's Most Notorious Prisoners tells the stories of some of their lives inside the 'Big House' where prison culture becomes a strange, unreal community and where the prison service has had to learn to cope with those who live by their own morality rather than the law of the land. Here are stories about some of the most famous inmates: Ruth Ellis, the Krays, 'prison superstar' Charles Bronson, the Yorkshire Ripper Peter Sutcliffe, the cannibalistic Dennis Nilsen, the evil child-killer Ian Brady, Beverley Allitt, 'Razor' Smith as well as chilling accounts concerning long forgotten villains. On the way read about Oscar Wilde's time in Reading Gaol, about spies and political prisoners and Jeremy Bamber's long campaign to assert his innocence.