Want to listen to the audiobook Burn the Page: A True Story of Torching Doubts, Blazing Trails, and Igniting Change written by Danica Roem?
MP3 Audiobook Player is here to help! 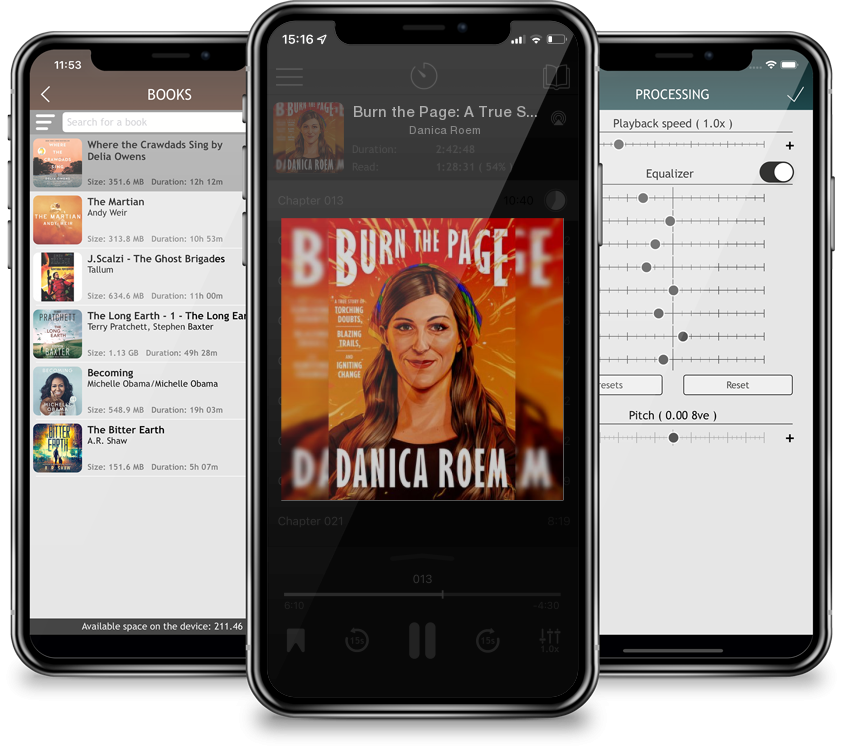 An inspirational memoir-meets-manifesto by Danica Roem, the nation's first openly trans person elected to US state legislatureDanica Roem made national headlines when--as a transgender former frontwoman for a metal band and a political newcomer--she unseated Virginia's most notoriously anti-LGBTQ 26-year incumbent Bob Marshall as state delegate. But before Danica made history, she had to change her vision of what was possible in her own life. Doing so was a matter of storytelling: during her campaign, Danica hired an opposition researcher to dredge up every story from her past that her opponent might seize on to paint her negatively. In wildly entertaining prose, Danica dismantles all the stories her opponents tried to hedge against her, showing how through brutal honesty and loving authenticity, it's possible to embrace the low points, and even transform them into her greatest strengths. Burn the Page takes readers from Danica's lonely, closeted, and at times operatically tragic childhood to her position as a rising star in a party she's helped forever change. Burn the Page is so much more than a stump speech: it's an extremely inspiring manifesto about how it's possible to set fire to the stories you don't want to be in anymore, whether written by you or about you by someone else--and rewrite your own future, whether that's running for politics, in your work, or your personal life. This book will not just encourage people who think they have to be spotless to run for office, but inspire all of us to own our personal narratives as Danica does.