Want to listen to the audiobook George Michael: The Singing Greek (A Tribute) written by George Rapitis?
MP3 Audiobook Player is here to help! 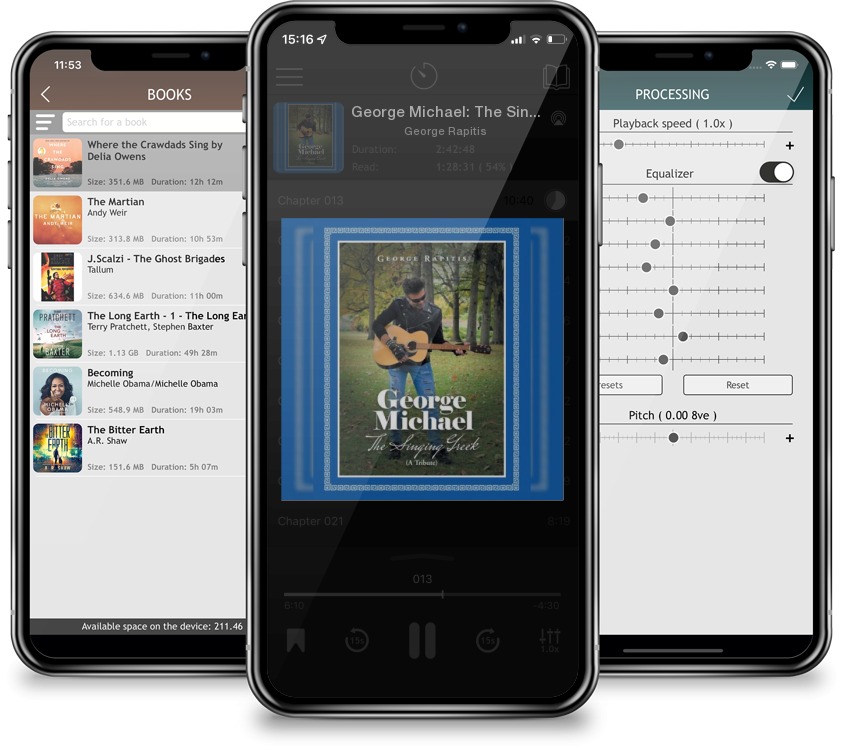 Appearing in a trendy 80s beard, Michael was seen with Ridgeley onstage at Live Aid on 13 July 1985 (surprisingly they did not sing as Wham ). Michael sang "Don't Let the Sun Go Down on Me" with Elton John, while Ridgeley sang with Kiki Dee in the row of backing singers. In September, Wham did it right and released the single "I'm Your Man" which went to No. 1 in the UK charts.