Want to listen to the audiobook Call to Adventure! written by Aloha Baker?
MP3 Audiobook Player is here to help! 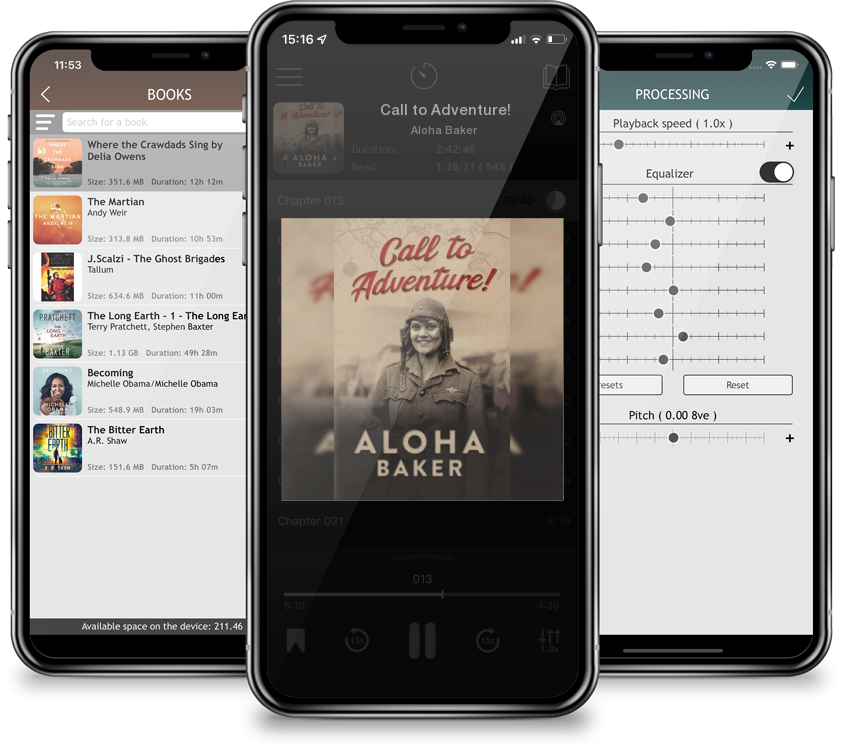 Sixteen-year-old Idris Galcia Hall was a student at a French convent school in 1922 when she answered an ad in the Riviera Weekly calling for a Brains, Beauty and Breeches -- an offer for a young woman to join a round-the-world expedition. Be prepared, the notice advised, to learn to work before and behind a movie camera. Hired as a secretary, the blonde, six-foot teenager renamed herself Aloha Wanderwell and became the face of the team's documentary films. She also developed into an extraordinary filmmaker in her own right, directing and appearing in 11 films, mostly during the 1920s and '30s.Traveling with the expedition of the charismatic Captain Walter Wanderwell, Aloha circled the globe three times and visited over 80 countries. Along the way, she became a Colonel in the Red Army of Siberia, a hunter of tigers in Indo-China, and a guest of the Maharajah of Gwailor. This memoir of her larger-than-life adventures will stir the hearts of all who sigh for the romance of the early days of car travel and those who savor armchair journeys to the faraway places of a vanished era.