Want to listen to the audiobook Camera Man: Buster Keaton, the Dawn of Cinema, and the Invention of the Twentieth Century written by Dana Stevens?
MP3 Audiobook Player is here to help! 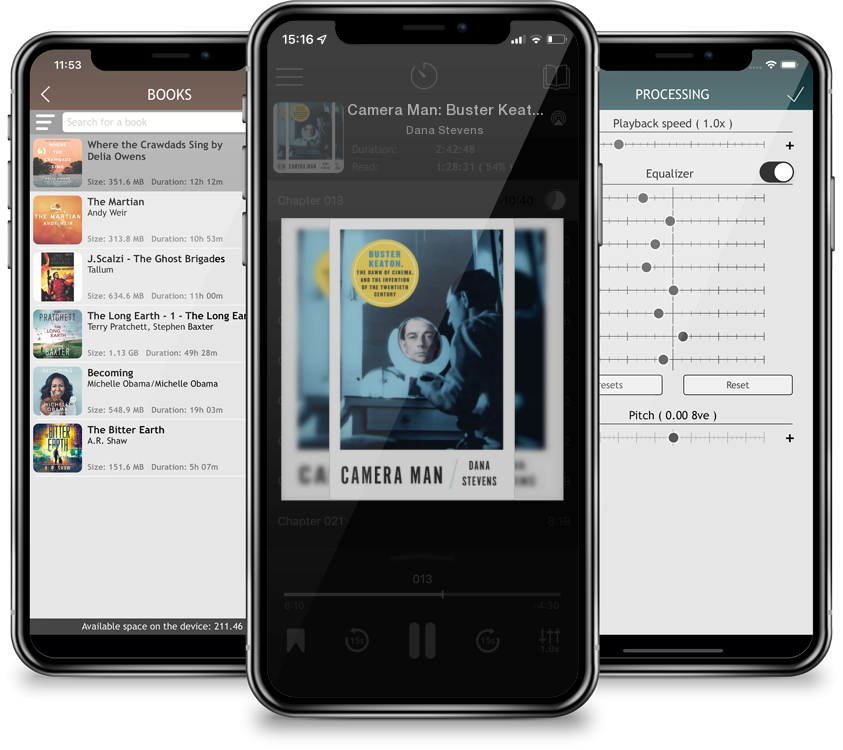 Camera Man: Buster Keaton, the Dawn of Cinema, and the Invention of the Twentieth Century

In this genre-defying work of cultural history, the chief film critic of Slate places comedy legend and acclaimed filmmaker Buster Keaton’s unique creative genius in the context of his time. Born the same year as the film industry in 1895, Buster Keaton began his career as the child star of a family slapstick act reputed to be the most violent in vaudeville. Beginning in his early twenties, he enjoyed a decade-long stretch as the director, star, stuntman, editor, and all-around mastermind of some of the greatest silent comedies ever made, including Sherlock Jr., The General, and The Cameraman. Even through his dark middle years as a severely depressed alcoholic finding work on the margins of show business, Keaton’s life had a way of reflecting the changes going on in the world around him. He found success in three different mediums at their creative peak: first vaudeville, then silent film, and finally the experimental early years of television. Over the course of his action-packed seventy years on earth, his life trajectory intersected with those of such influential figures as the escape artist Harry Houdini, the pioneering Black stage comedian Bert Williams, the television legend Lucille Ball, and literary innovators like F. Scott Fitzgerald and Samuel Beckett. In Camera Man, film critic Dana Stevens pulls the lens out from Keaton’s life and work to look at concurrent developments in entertainment, journalism, law, technology, the political and social status of women, and the popular understanding of addiction. With erudition and sparkling humor, Stevens hopscotches among disciplines to bring us up to the present day, when Keaton’s breathtaking (and sometimes life-threatening) stunts remain more popular than ever as they circulate on the internet in the form of viral gifs. Far more than a biography or a work of film history, Camera Man is a wide-ranging meditation on modernity that paints a complex portrait of a one-of-a-kind artist.