Want to listen to the audiobook Carryin' On: and Other Strange Things Southerners Do written by R. Scott Brunner?
MP3 Audiobook Player is here to help! 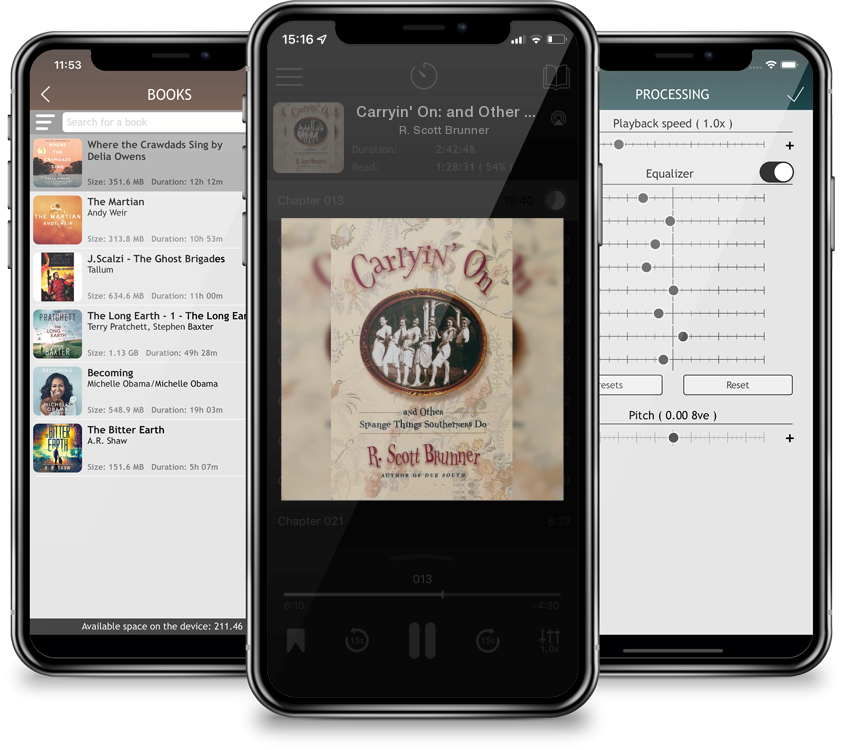 Carryin' On: and Other Strange Things Southerners Do

Pat Conroy said that R. Scott Brunner’s Due South “delivers the goods and delivers them Southern fried”; Rick Bragg said that Brunner “writes like people down here talk, with beauty.” Carryin’ On more than delivers on the promise of its predecessor, with more of the disarming and hilarious insights that made Due South an instant classic. Here are the essays like “Common Is as Common Does” (what kind of behavior is just plain tacky, and what isn’t), “Tastes Like Summer” (a beautiful meditation on bean poles), “Real Southern Places” (a wry look at Steve Wynn’s attempt to create a southern resort), “Paschal’s” (a paean to a haven of classic southern culinary comfort — in the middle of the Atlanta airport), and “The Last Time I Saw Parrish (a fond ode to his grandparent’s Alabama hometown).Carryin’ On celebrates culture, the food, the eccentricities, the habits, the language, the spirit, the talk — the overall carryin’ on that makes the American South a magical place.