Want to listen to the audiobook Chicago Law: A Trial Lawyer's Journey written by Joseph a. Garofalo?
MP3 Audiobook Player is here to help! 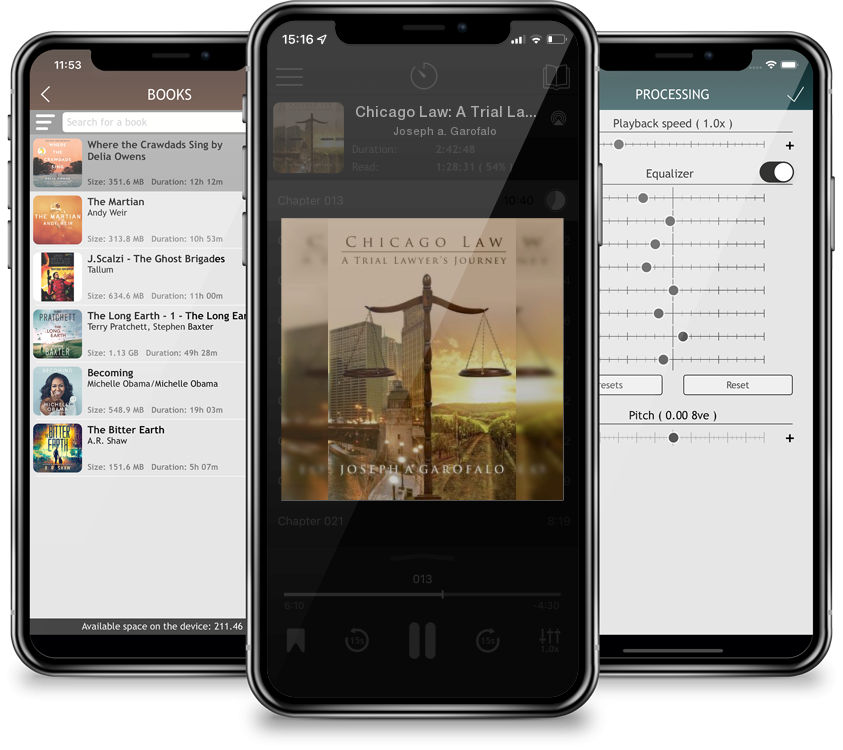 Rarely do we live the life we originally intended. We make up our minds and charge down the path we've chosen, only to find ourselves arriving at an unexpected destination. We don't know how it happens, but after enough time has passed, we're able to look back and assemble the puzzle pieces to make sense of it all. This is the business of Joseph A. Garofalo's autobiography, except his life's puzzle pieces are not made up only of choices and events. They also predominately take the form of people. His story introduces the many relationships that make up who he is today-those who influenced him, the woman he married, the friends he made, his coworkers and bosses, his clients, and eventually, the partners he selected for his law firm. His story that begins in a working-class Chicago neighborhood and ends with cofounding his own firm, as well as owning a California vineyard, is an inspirational journey of self-discovery that will draw out readers' introspection and appreciation. Because it is more than a story. It is a series of life lessons that can only be expressed in this way by one who's learned them himself.