Want to listen to the audiobook Chill Factor: How a Minor-League Hockey Team Changed a City Forever written by David Paitson?
MP3 Audiobook Player is here to help! 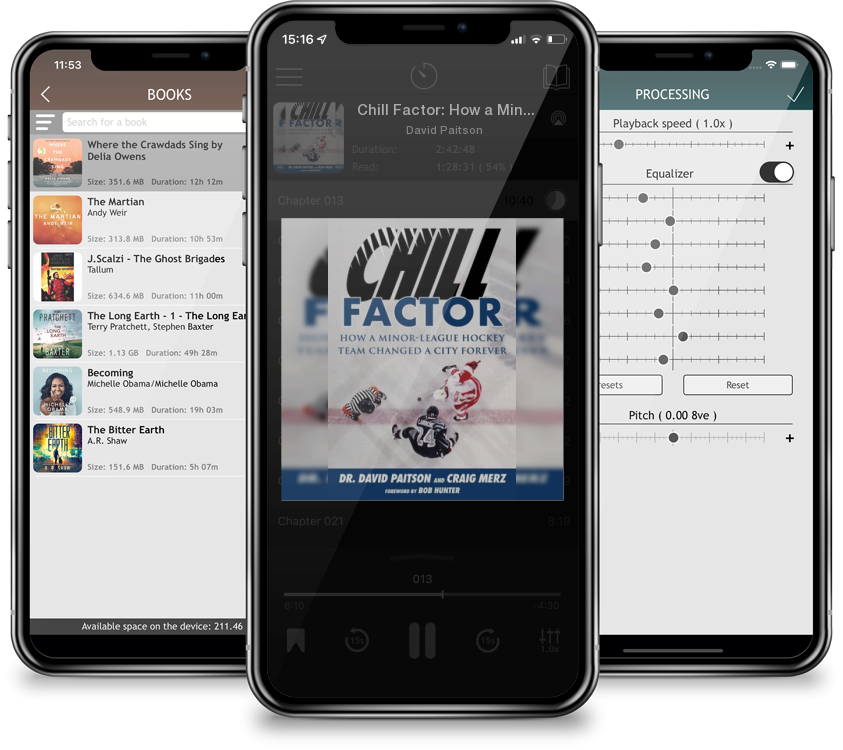 Learn how a minor-league hockey team helped bring the NHL to Columbus, Ohio. The city of Columbus, Ohio, had always struggled to support any professional sports franchise. It’s a town where Ohio State University reigns supreme, and everything else is less important. That was until 1991, when the Columbus Chill, a minor-league hockey franchise, arrived. Using Veeckian marketing tactics and on-ice shenanigans, the Chill became the talk of the city and gained a religious local fan base. Based on the success of the Chill, from 1991–99, the city of Columbus was awarded with the Columbus Blue Jackets in 2000, the city’s own NHL franchise.Chill Factor follows the wild ride through the eyes of team president and general manager David Paitson, from the early formation of the minor-league franchise through the decision to rattle the status quo by going to the edge and beyond with a marketing and promotional plan that was both edgy and controversial. The success of the Chill after their first season gave the organization the impetus to challenge local civic and business leaders to build a world-class arena and emerge from the shadow of OSU. There were setbacks and triumphs on and off the ice, and eventually the realization that the Columbus of today would not be possible without the aid of the Chill.Chill Factor takes readers into the front office and onto the rink, giving every angle of how a small town was able to get behind a working-class team that fought both on and off the ice. This thrilling account will appeal to those who remember the Chill’s reign, as well as those who enjoy seeing the underdog climb the ladder to sports supremacy. Skyhorse Publishing, as well as our Sports Publishing imprint, are proud to publish a broad range of books for readers interested in sports—books about baseball, pro football, college football, pro and college basketball, hockey, or soccer, we have a book about your sport or your team. Whether you are a New York Yankees fan or hail from Red Sox nation; whether you are a die-hard Green Bay Packers or Dallas Cowboys fan; whether you root for the Kentucky Wildcats, Louisville Cardinals, UCLA Bruins, or Kansas Jayhawks; whether you route for the Boston Bruins, Toronto Maple Leafs, Montreal Canadiens, or Los Angeles Kings; we have a book for you. While not every title we publish becomes a New York Times bestseller or a national bestseller, we are committed to publishing books on subjects that are sometimes overlooked by other publishers and to authors whose work might not otherwise find a home.