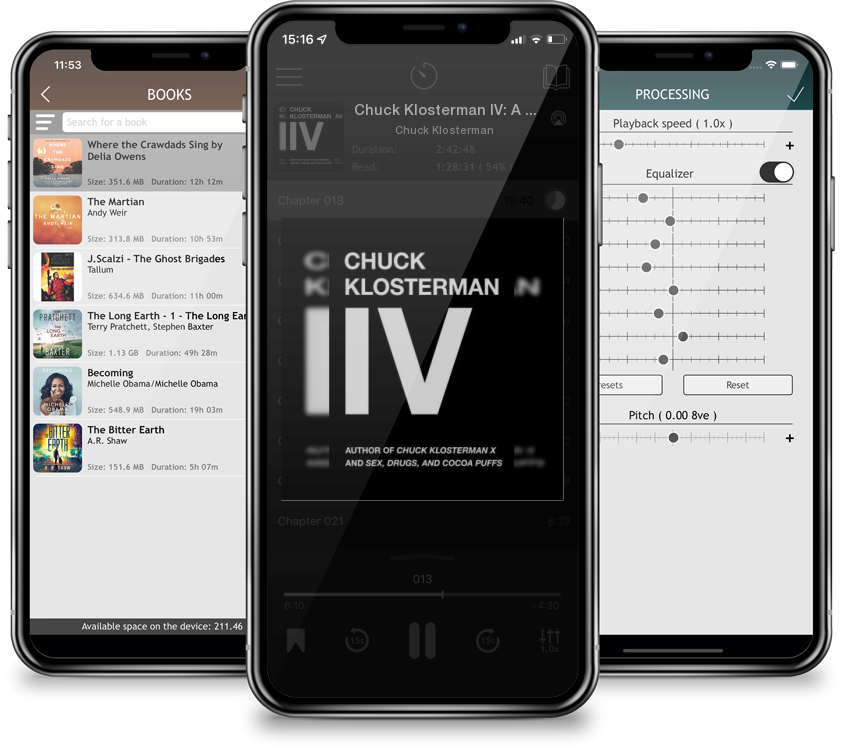 Coming off the breakthrough success of Sex, Drugs, and Cocoa Puffs and Killing Yourself to Live, bestselling pop culture guru Chuck Klosterman assembles his best work previously unavailable in book form—including the groundbreaking 1996 piece about his chicken McNuggets experiment, his uncensored profile of Britney Spears, and a previously unpublished short story—all recontextualized in Chuck’s unique voice with new intros, outros, segues, and masterful footnotes.Chuck Klosterman IV consists of three parts: Things That Are True—Profiles and trend stories: Britney Spears, Radiohead, Billy Joel, Metallica, Val Kilmer, Bono, Wilco, the White Stripes, Steve Nash, Morrissey, Robert Plant—all with new introductions and footnotes. Things That Might Be True—Opinions and theories on everything from monogamy to pirates to robots to super people to guilt, and (of course) Advancement—all with new hypothetical questions and footnotes. Something That Isn’t True At All—This is old fiction. There’s a new introduction, but no footnotes. Well, there’s a footnote in the introduction, but none in the story.