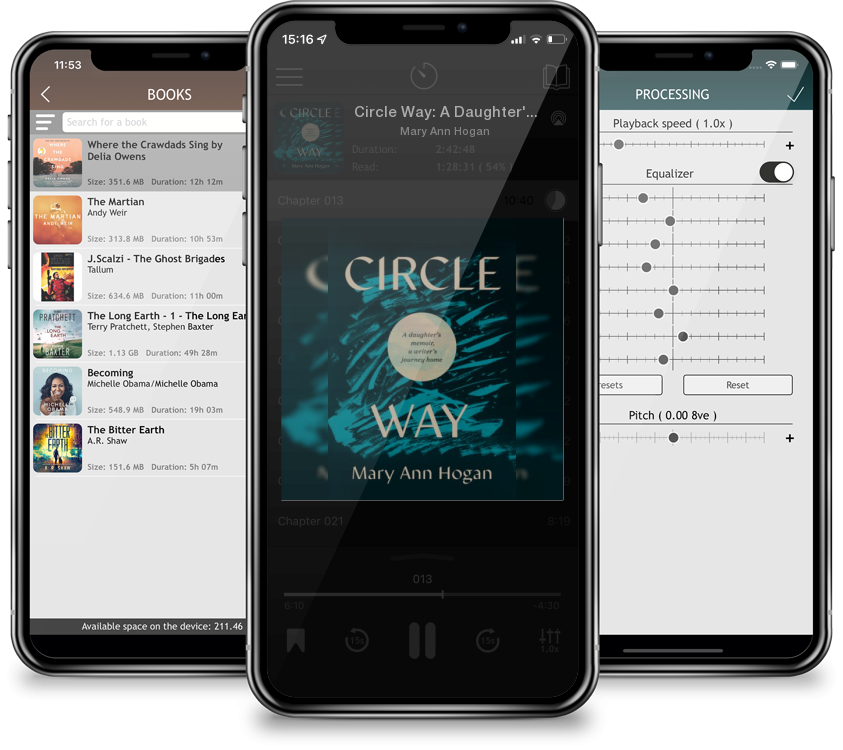 In this visually rich, multigenerational lyric essay, Mary Ann Hogan reflects on a life of letters and her relationship to her late father, Bill Hogan, well-known literary editor at the San Francisco Chronicle, whom John Steinbeck once dubbed "an old and valued friend." Circle Way is a bittersweet memoir of a father, daughter, and a prominent California family. Written in an evocative, expressionistic style, this work of creative nonfiction flutters somewhere between journalism and poetry. At the heart of the story, journalist Mary Ann Hogan grapples with identity, family, and the creative calling. Sifting through her father's notebooks after his death, Mary Ann discovers a man whose unrealized dreams echo her own. Eager to learn more about her family even as she wrestles with terminal illness, Mary Ann explores the fascinating cast of characters who were her forebearers. We meet the author's great grandfather, an Oakland lumber baron who lost his fortune in the crash of '29, and a great uncle who was sent to San Quentin for two deaths some say he may not have caused. Richly illustrated with Bill Hogan's original sketches and watercolors, this poignant and absorbing tale is an immersive feast for anyone interested in literature, history, and the often-mysterious facets of family.