Want to listen to the audiobook Color Blind Justice: Albion Tourgée and the Quest for Racial Equality from the Civil War to Plessy V. Ferguson written by Mark Elliott?
MP3 Audiobook Player is here to help! 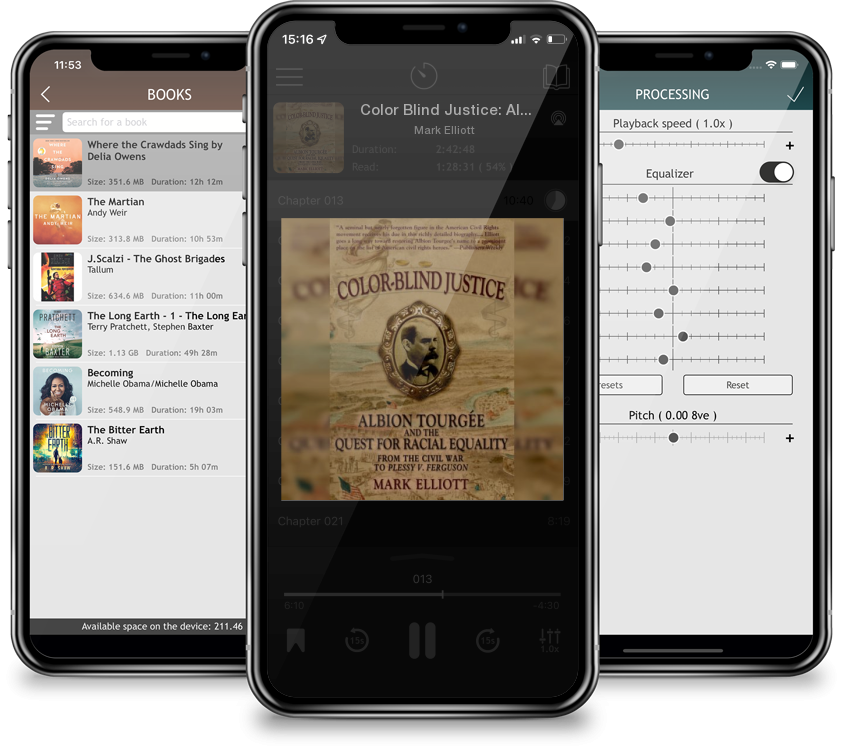 Color Blind Justice: Albion Tourgée and the Quest for Racial Equality from the Civil War to Plessy V. Ferguson

Civil War officer, Reconstruction carpetbagger, best-selling novelist, and relentless champion of equal rights--Albion Tourg e battled his entire life for racial justice. Now, in this engaging biography, Mark Elliott offers an insightful portrait of a fearless lawyer, jurist, and writer, whofought for equality long after most Americans had abandoned the ideals of Reconstruction. Elliott provides a fascinating account of Tourg e's life, from his childhood in the Western Reserve region of Ohio (then a hotbed of abolitionism), to his years as a North Carolina judge during Reconstruction, to his memorable role as lead plaintiff's counsel in the landmark Supreme Court case Plessy v. Ferguson. Tourg e's brief coined the phrase that justice should be color-blind, and his career was one long campaign to make good on that belief. A redoubtable lawyer and an accomplished jurist, Tourg e's writings represent a mountain of dissent against the prevailing tide of racial oppression. A poignant and inspiring study in courage and conviction, Color-Blind Justice offers us an unforgettable portrayal of Albion Tourg e and the principles to which he dedicated his life.