Want to listen to the audiobook Confessions of a Street Addict written by James J. Cramer?
MP3 Audiobook Player is here to help! 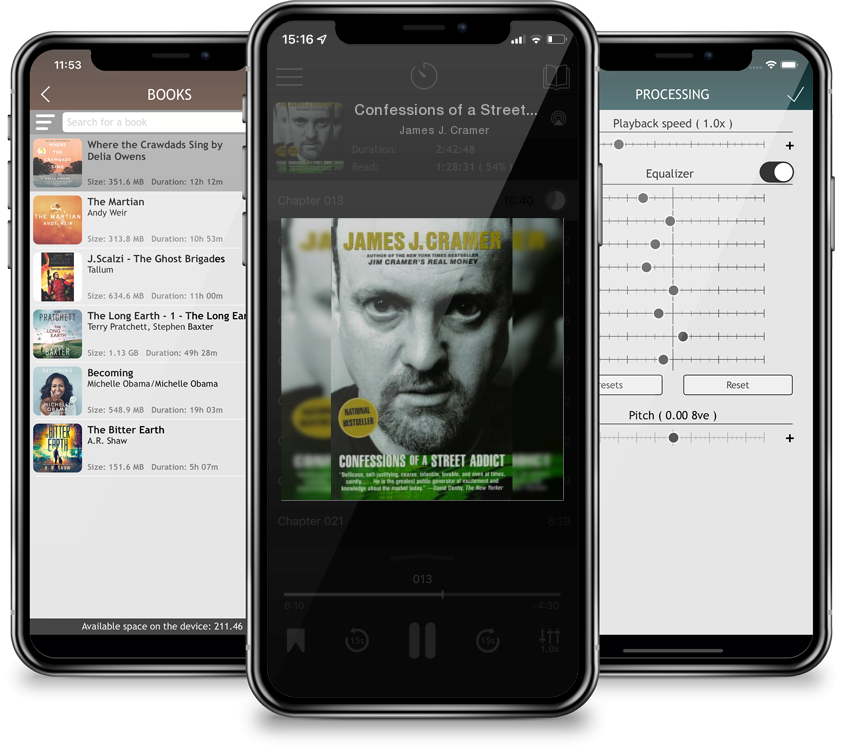 Confessions of a Street Addict

Bestselling author Jim Cramer takes readers on a wild Wall Street ride—revealing how to play the game, who breaks the rules, and who gets hurt.Everyone on Wall Street knows Jim Cramer, and Cramer knows Wall Street better than anyone. In the most candid and outrageous look at Wall Street since Liar's Poker, Cramer, co-founder of TheStreet.com, radio and television commentator, and for years a premier money manager, takes readers on the wild ride that is Wall Street -- revealing how the game is played, who breaks the rules, and who gets hurt. Confessions of a Street Addict takes us from Cramer's roots in the middle-class Philadelphia suburbs to Harvard, where he began managing money, and then to Goldman Sachs, where he went into business with his wife -- Karen, the "Trading Goddess" -- as his partner. He brilliantly describes the life of a money manager: the frenetic pace, the constant pressure to outperform the market and other fund managers, and the sharklike attacks fund managers make as they circle a fund perceived to be in trouble. Throughout the book Cramer is characteristically outspoken, offering his hard-won insights about the market and everyone in it, himself included. There has never been a more eloquent market insider than Cramer, nor a more high-octane book about Wall Street.